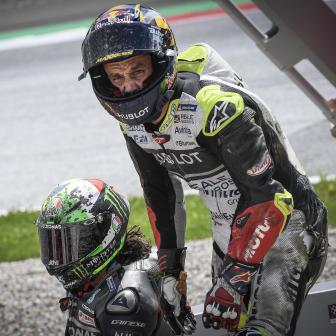 Esponsorama Racing have defended their rider, Johann Zarco, following Sunday’s horrific crash at the Red Bull Ring, stating that the two-time Moto2™ World Champion actually braked later on the lap of the crash than on any other lap during the Austrian Grand Prix prior to the red flags being brought out. The Frenchman was tangled up in a crash with Petronas Yamaha SRT’s Franco Morbidelli that shocked the world as both Monster Energy Yamaha MotoGP riders, Maverick Viñales and Valentino Rossi, narrowly avoided disaster.