America’s large cities along the West Coast have some of the highest incidences of auto theft in the country, a new report from AutoinsuranceEZ.com says. Of the 15 highest-theft cities with a million or more residents, six are located in Pacific-coast states alone, with another three in Nevada, Arizona and Utah.

Portland tops the list with 487 thefts per 100,000 residents, followed by San Jose, Seattle, Salt Lake City and San Francisco. None of the cities in the top 15 are found on the east coast and eight of the top 10 are found west of the Mississippi River. Per the report, the national rate is approximately 250 thefts per 100,000 residents, meaning you’re about twice as likely to have your car stolen in Portland or San Jose compared to the average. 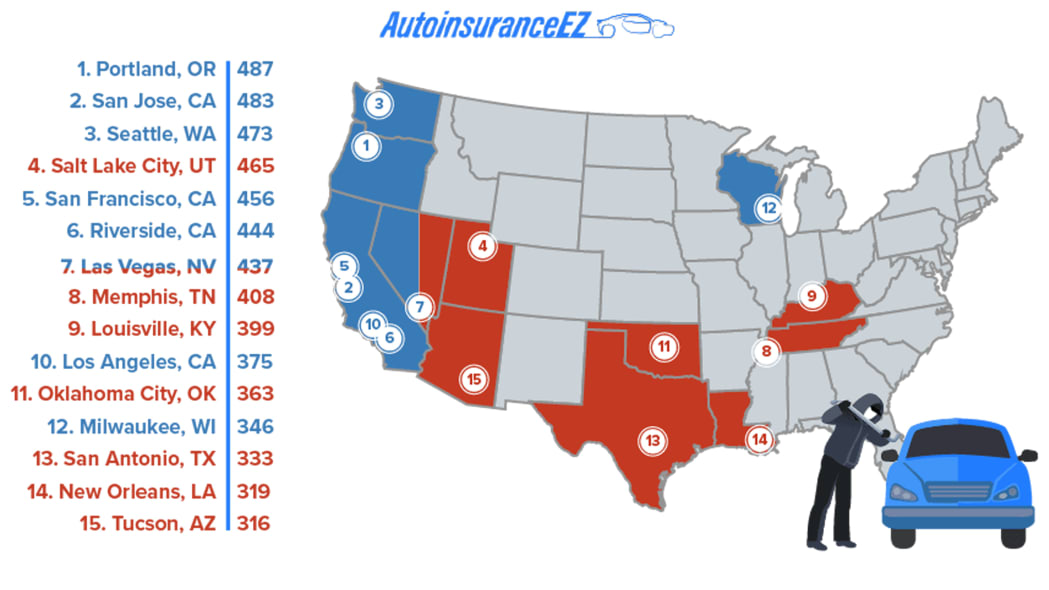 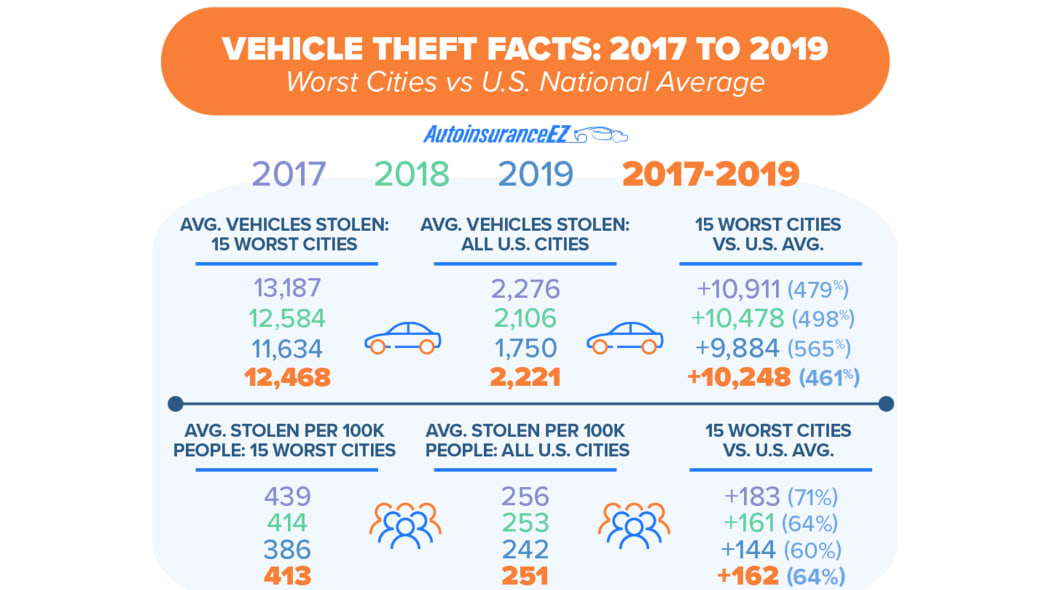 While Portland’s per-capita theft rate takes top honors, it only had the fifth-most number of cars reported stolen at 10,980. The city on the list with the largest total number of stolen cars in 2019 was Los Angeles (#10), which checked in with more than 44,000 incidents. San Francisco slotted in second with 21,092 thefts; Riverside, Calif., rounds out the top three with 19,329, followed by Seattle at #4 with 18,570. There’s some good news, though. Theft rates in these cities declined by nearly 13 percent from 2017 to 2019.

The study also tracks thefts by make and model, providing numbers from Arizona as an example. The most-stolen vehicles in the state are pretty much the ones you’d expect, because they’re also some of the most popular on today’s roads. Ford and Chevy pickups built in the early-mid aughts lead the list, followed by the 2000 Honda Civic and 1997 Accord. The 2001 Dodge Ram rounds out the top five. The most unexpected vehicle to make the top ten list is probably the 2001 Chevrolet Tahoe at #9.

“This reflects national trends with Hondas and pickup trucks being among the top vehicles stolen for several years,” the report says. “Often, thieves will pick vehicles to steal depending on how easy it is to steal them and how valuable their parts are for resale. That’s why many of the most stolen vehicles have model ages dating back to the mid-2000s or older. They have fewer anti-theft devices.”