Breaking News
Home / Racing / We can only dream – Marquez Vs Rea

We can only dream – Marquez Vs Rea 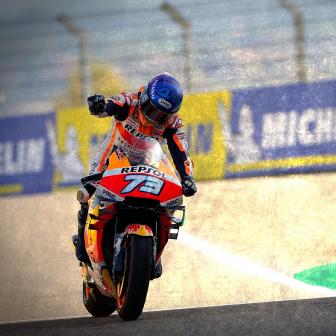 After finishing eighth in his first race on the Repsol Honda at Misano won by Jorge Lorenzo he came to Aragon. In the 23-lap race in his second, and as it turned out final MotoGP™ ride, Rea finished seventh one place in front of Valentino Rossi in the race won by his team-mate, Pedrosa. That was that. Casey returned to finish the season and then retire. A certain Marc Marquez replaced him, and the rest is history for both riders