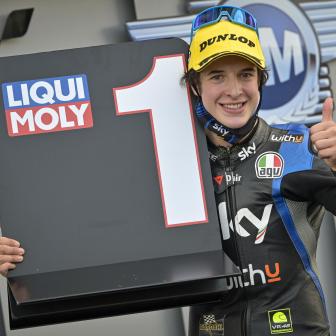 With seven to go, a scary moment occurred. Coming out of Turn 10, Binder was out the seat but not only that, his KTM then suddenly had no power. Thankfully, and somehow, all the riders managed to avoid the third place rider but it was day done for the Catalan GP winner. It was all starting to bubble up to the surface in Le Mans, crucial Championship points were on the line and with Ogura only just getting into the point-scoring positions, the title race was going to take another twist. The cameras panned to show McPhee and Jeremy Alcoba (Kömmerling Gresini Moto3) walking away from a crash scene, but what had happened? Alcoba had just passed McPhee and Fernandez but coming out of Turn 10, the reigning Junior World Champion highsided. McPhee was left with nowhere to go and the title contender was down – a huge blow for McPhee’s 2020 hopes with four laps remaining.

When and where to watch the European GP?

It has already been confirmed that plenty of riders will be moving between teams ahead ...