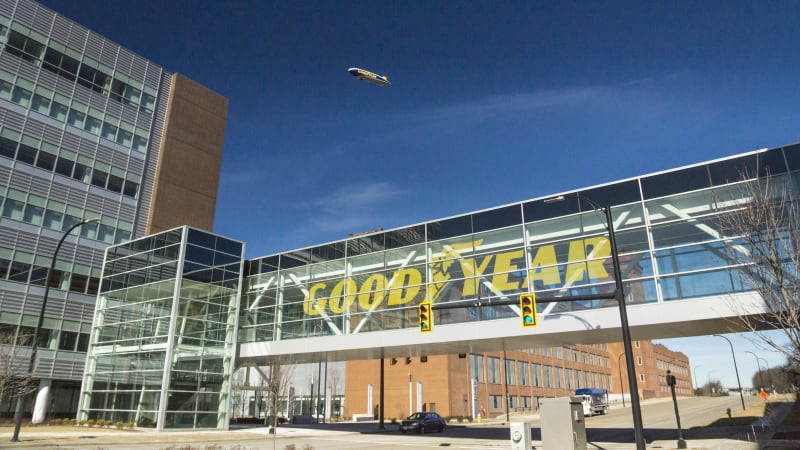 WASHINGTON — U.S. President Donald Trump on Wednesday called for a boycott of tire manufacturer Goodyear following a local news report in Kansas that the company has deemed political attire including that of the Trump campaign unacceptable for the workplace.

Don’t buy GOODYEAR TIRES – They announced a BAN ON MAGA HATS. Get better tires for far less! (This is what the Radical Left Democrats do. Two can play the same game, and we have to start playing it now!).

The WIBW report cited a photograph that it said was of a slide from a Goodyear employee from a presentation listing acceptable and unacceptable workplace attire. Goodyear has since released a statement distancing itself from the image that was central to the report.

“The visual in question was not created or distributed by Goodyear corporate, nor was it part of a diversity training class,” Goodyear said in a statement Wednesday.

Yesterday, Goodyear became the focus of a conversation that created some misconceptions about our policies and our company. Goodyear has always wholeheartedly supported both equality and law enforcement and will continue to do so. pic.twitter.com/oO6jUg2rTR

Goodyear said it welcomed speech on equality issues but not politics as part of its effort to foster “an inclusive and respectful workplace.”

“We do allow our associates to express their support on racial injustice and other equity issues but ask that they refrain from workplace expressions, verbal or otherwise, in support of political campaigning for any candidate or political party as well as other similar forms of advocacy that fall outside the scope of equity issues,” Goodyear spokeswoman Melissa Monaco told WIBW.

Reuters has not verified the accuracy of the WIBW story.

(Reporting by David Shepardson and Jan Wolfe; writing by Susan Heavey; Editing by Tim Ahmann and Will Dunham)

2020-08-19
admin
Share
Previous The New Mahindra Thar Is What the Original Jeep Once Was
Next Who is F1’s most powerful figure in the post-Ecclestone era? · RaceFans