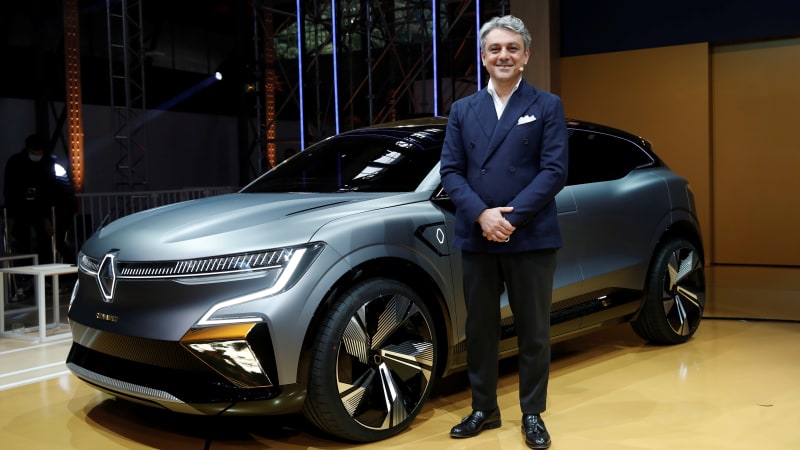 MEUDON, France — French carmaker Renault unveiled on Thursday a new electric car concept with a larger, sportier design, as it bets on medium-size family vehicles to try to turn itself around.

Under new Chief Executive Luca de Meo, the loss-making company aims to narrow its focus on its most profitable models and edge up prices, as well as make a big push on electric vehicles.

The company’s latest show car, the Mégane eVision, incorporates SUV-style large wheels, but with a more compact design. Renault said it would be a pillar of the “compact” car category, which it wants to expand on and is more profitable than smaller cars.

“A whole new generation of innovation-packed electric vehicles is to come,” De Meo said in a statement, ahead of a presentation of the model.

Renault was already struggling with faltering sales before the COVID-19 pandemic, and is simultaneously trying to reboot a strained relationship with Japanese partner Nissan.

The new electric car would be the first built on the CMF-EV platform, or vehicle architecture, developed jointly by Renault, Nissan and Mitsubishi.

The definitive model for production will be unveiled in 2021, Renault added. The company already makes a small electric car known as Zoe.

Sources had previously told Reuters that De Meo — who arrived in July and is due to present his strategy in January — was keen to build on Renault‘s popular Mégane range.