Quartararo vs Mir: Le Mans revs up for a battle royale 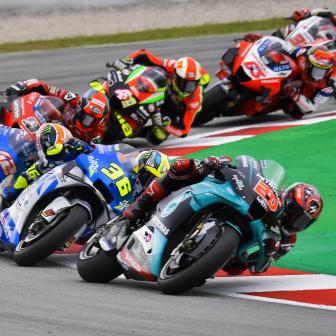 Heading into the Catalan GP, four points covered four riders. As we saddle up and head for Sarthe, however, four points is now half the gap from first to second – and that gap is enjoyed by home hero Fabio Quartararo (Petronas Yamaha SRT). The Frenchman won in Barcelona to put himself back on top, staking his claim on the 2020 FIM MotoGP™ World Championship crown once again. By the final laps though, it was close, thanks to yet another late pace stunner from Suzuki. And this time, there were two: Joan Mir (Team Suzuki Ecstar) and Alex Rins took a close second and third as they churned through Quartararo’s advantage, and the scene is now set for a showdown of the sophomores at Le Mans. Quartararo 108, Mir 100.

The last days of Minardi

With two pole positions and six more front row starts with the team, Rodrigo has ...