Polestar shows the winners of its first design contest 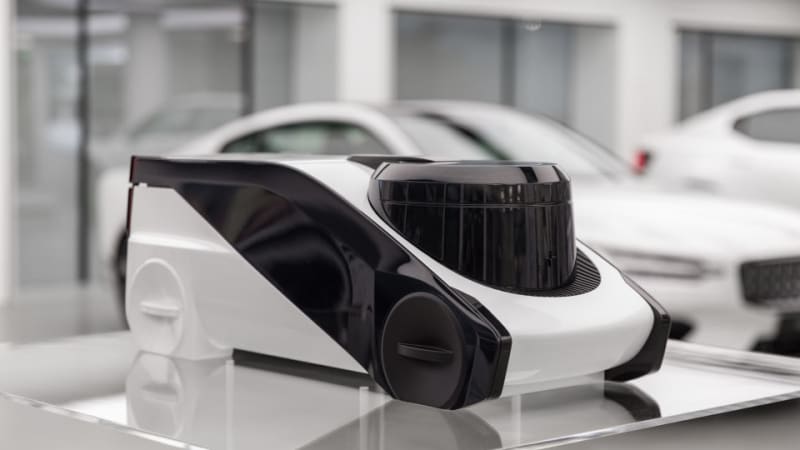 Eager to start thinking outside of Volvo’s box, Polestar is in the process of forging the design language that will shape its cars in the 2020s. It looked even further into the future when it opened its first global design contest to professional and student stylists around the world, and invited them to explore the styling trends of 2040.

Participants were given the theme “purity,” but the rest of the guidelines were surprisingly open. Entrants didn’t even need to submit a car, and only one of the winning designs has four wheels. It’s the work of Polish designer Konrad Cholewka, who won the professional category with an autonomous pod named MMXL. Its design combines a boxy body with a cylinder-shaped insert positioned over the front end. We’re told it has a flexible interior, though photos aren’t available. And, if you’re wondering, its name is “2040” written in Roman numerals.

Indian designer Siddhesh Bhogale earned first place in the student category with a creation called 40 that looks like an ultra-modern blimp. Shaped like a thin rectangle, it relies on helium to take off, and on electric rotors for propulsion. Riders can enjoy the view from a passenger compartment that offers a lounge-like atmosphere.

Arthur Martins from Brazil received an honorable mention for his entry, an electric yacht called Spänning. Sharp and contemporary, it blurs the line between a luxury cruiser and a high-performance cigarette boat.

Polestar explained selecting the winners was difficult, because it received hundreds of entries from all over the world. Entrants submitted hypercars, jet skis, and Arctic exploration vehicles; we hope the firm publishes them sooner or later, because we love the idea of a Polestar-inspired off-roader designed to reach the North Pole.

1:5-scale models of the MMXL and the 40 will be built in the coming weeks, and they’ll embark on a tour of Polestar spaces around the world. Don’t expect either to join the company’s range in the coming years, however. It’s allocating the bulk of its attention to bringing its first crossover and a sleek flagship sedan to production.