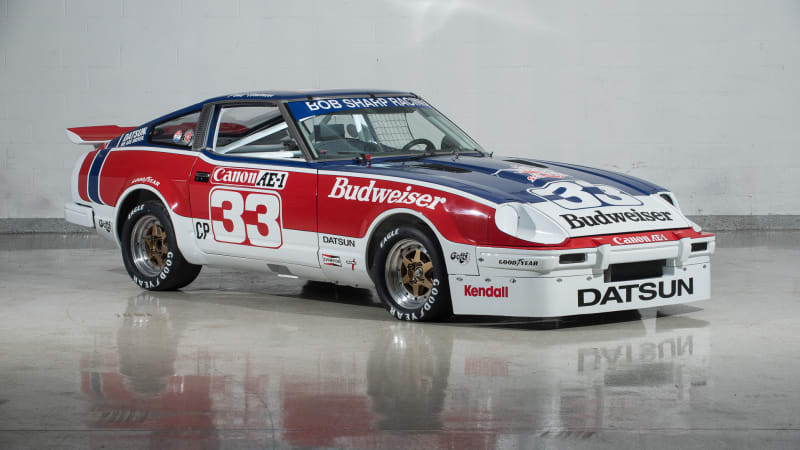 Actor Paul Newman’s other great passion was auto racing, and unlike some with boldface names who dabble in the sport, Newman didn’t just race, he won. He also co-owned racing teams. An early highlight of his decades-long motorsports career was during the 1970s and ’80s driving for the Bob Sharp racing team, which campaigned Datsuns/Nissans. This Datsun 280ZX racer was driven exclusively by Newman during the 1979 season. In it, he won races at Summit Point, Watkins Glen, Brainerd (Minn.), Lime Rock, and Road Atlanta, culminating in an SCCA National C-Production Championship. (That same year he would race at Le Mans, finishing second in a Porsche 935.) Now restored to its ’79-season spec and livery, this ex-Paul Newman racing car is for sale at Motorcar Classics on Long Island.

The car is sold with documentation including the notarized bill of sale from Bob Sharp. After Newman’s race-winning season, the 280ZX was sold in 1984 to a privateer, who campaigned it for several more years before putting it into storage. At the time, it was just another used-up race car. Eventually, though, it was exhumed and brought back to its original condition. Recently, the car turned some laps at what was effectively Newman’s home track, Lime Rock Park in northwest Connecticut, at the Lime Rock Vintage Festival.

The ask for this piece of motorsports history with a celebrity connection is a cool $7 million. But, hey, that’s less than half the price paid not too long ago for the film star’s Rolex Daytona watch.

2020-10-16
admin
Share
Previous ARCA Title Fight To Be Settled In Kansas
Next 2021 MotorTrend SUV of the Year: Here Are the Finalists!

Tesla “full self-driving” rollout under fire for being misleading

Camper demand on the rise as pandemic drags on

What is brake-by-wire and how do these systems work?

Some automakers are using brake-by-wire systems in their latest vehicles. Jason Fenske at Engineering Explained ...