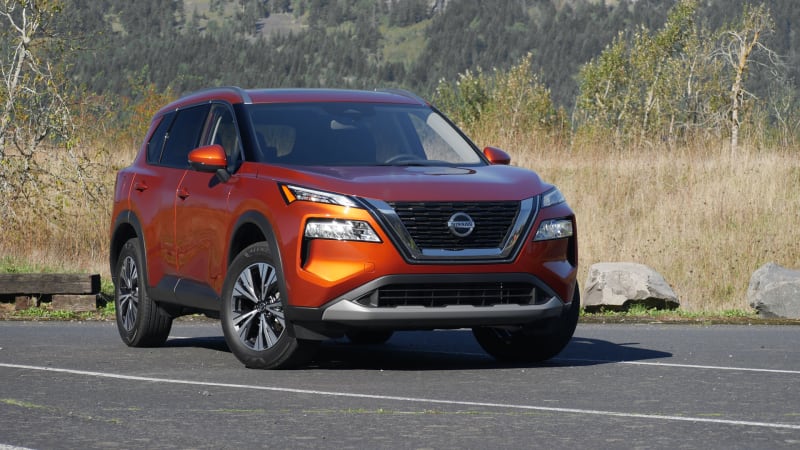 Nissan is so confident in its all-new 2021 Rogue that it’s bringing the best-selling Toyota RAV4 into its dealerships for customers to more easily cross-shop them side-by-side. Put up or shut up, as they say.

According to a report in Automotive News, Nissan Motor Corporation will offer dealers a rented RAV4 during December so that customers can test drive and compare against the Rogue. The company expects half of its 1,074 dealers to participate.

While one must admire the confidence Nissan is showing in its product, this isn’t exactly the Pepsi challenge. As we note in our 2021 Toyota RAV4 review, the segment’s best seller is available in an unmatched variety of trim levels that greatly alter the way it looks and drives. That includes such diverse versions are the Prime plug-in hybrid and TRD Off-Road. Nissan doesn’t offer anything like those. — there’s one engine choice and the usual ladder-like trim level walk where each gets progressively nicer with more equipment and ritzier trappings. Even if Nissan provided a RAV4 that’s most closely comparable to a Rogue, say an XLE with the gas engine, customers would still be missing out on the full picture. Of course, Nissan could also provide some stripper RAV4 in rental-car white to make its fancy orange Rogue seem that much better.

There’s another factor: Nissan also runs the risks of customers preferring the RAV4 and padding the top-selling crossover’s tally even further. Of the two Autoblog editors who have driven the Rogue and RAV4, both would choose and recommend the Toyota. That’s the risk, but in the end, it’s hard to argue with a brand believing in its product enough to do this. Even in the “stripper RAV4” scenario above, customers could still get the opportunity to more easily compare things that don’t really change based on trim level: powertrain performance of the base four-cylinder, interior space and infotainment usability. Ride and handling are also on the table, but only in relation to the RAV4’s LE, XLE and Limited trim levels.