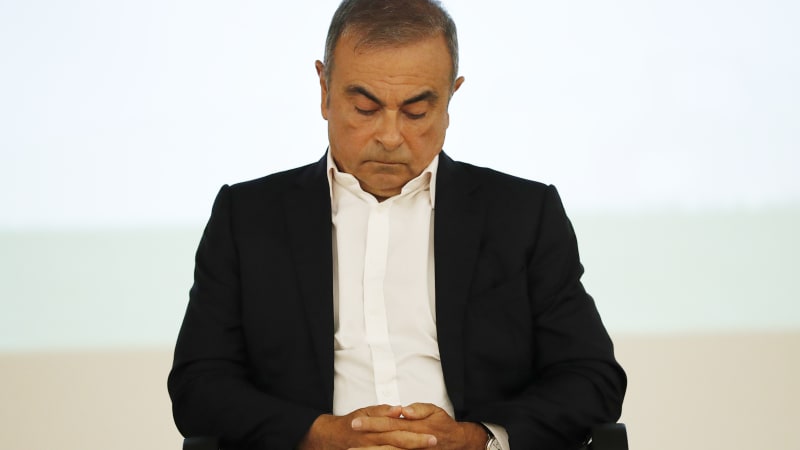 TOKYO — Ousted Nissan Motor Chairman Carlos Ghosn’s legal woes deepened on Friday with the start of a civil trial in Yokohama, Japan, where his former employer is seeking $95 million in damages.

“The legal actions initiated today form part of Nissan’s policy of holding Ghosn accountable for the harm and financial losses incurred by the company due to (his) misconduct,” Nissan said in a statement.

Ghosn, who also ran French carmaker Renault, has been in Lebanon since January after fleeing Japan before he was due to stand trial. He denies any wrongdoing.

Prosecutors, who arrested Ghosn two years ago, have charged him with hiding 9.3 billion yen ($88.5 million) in compensation, enriching himself at Nissan’s expense through $5 million payments to a Middle East car dealership and temporarily transferring personal financial losses to the automaker’s books.

The “Nissan civil lawsuit is an extension to the extremely unreasonable internal investigation with sinister intent by a portion of Nissan’s senior management and the unreasonable arrests and indictments by the public prosecutors,” Ghosn said in an emailed statement.

Ghosn, who has said he was removed from Nissan to thwart any merger with Renault, which already owns 43% of the Japanese carmaker, was represented in the Yokohama court by lawyers.

The civil proceeding got underway as the criminal trial of former Nissan executive Greg Kelly, who is accused of helping Ghosn hide his earnings, continued at a court in Tokyo.

Kelly, who has lived in Japan since his release on bail almost two years ago, also denies any wrongdoing. Nissan, which is also a defendant in that trial, has pleaded guilty. If found guilty, Kelly could face up to 10 years in prison and a 10 million yen fine. The conviction rate in Japan is around 99%.

Nissan is drawing back from the business expansion undertaken under Ghosn. On Thursday, Nissan trimmed its full-year operating loss forecast as a rebound in auto demand in China and elsewhere helped boost sales. But it’s still on track to lose $3.2 billion this year.

2020-11-13
admin
Share
Previous VW to invest $86 billion in electric cars, hybrids, digital tech in next 5 years
Next Elon Musk, Who Said ‘Close to Zero’ Coronavirus Cases by End of April, May Have Coronavirus