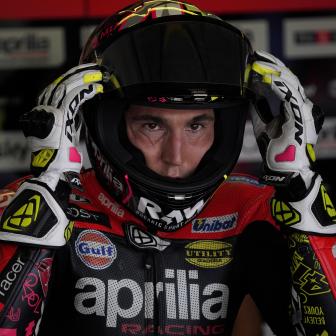 It’s a vital test for the MotoGP™ factories as they gather crucial data for the final round of the season, held in Portugal towards the end of November. HRC’s Stefan Bradl, Suzuki’s Sylvain Guintoli, KTM’s Dani Pedrosa and Yamaha’s Jorge Lorenzo have all been on track during the opening half of Wednesday’s allocated track time, the latter hopping on a MotoGP™ bike for the first time since the February Sepang Test.