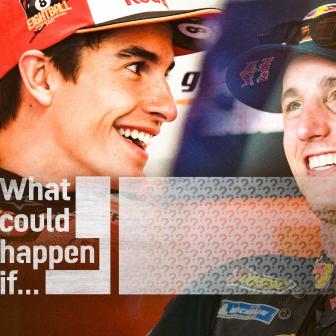 “Well, he’s a very aggressive rider, not very conservative, with a style that has always been similar to Marc’s. I think he can fight with Marc, why not? They’ve signed him because they think he can be there fighting for the World Championship, rather than fighting against Marc. The first objective is to beat your teammate. If he can fight with his teammate, who is Marc Marquez, he is sure to fight for the World Championship. It reminds me a little of my time with Doohan. He was one of the best riders, one of the strongest of all time. I went in there a little iffy and in the end, little by little, I got closer to him and I got to fight with him, race with him and, in the end, we were a very competitive duo.”