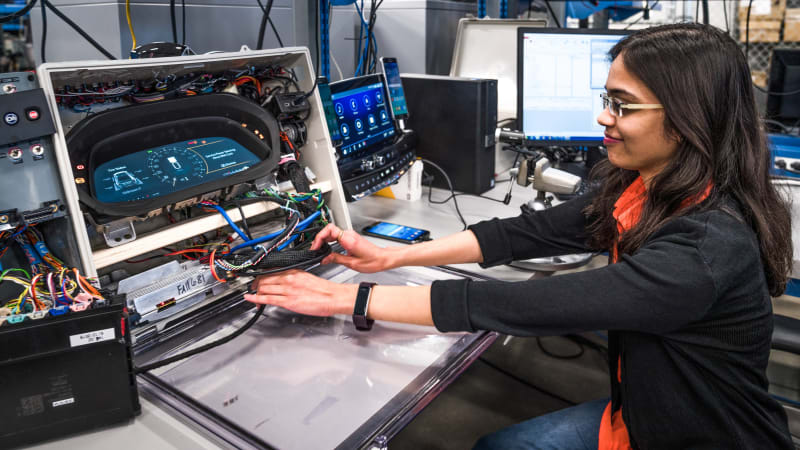 During the campaign, President-elect Joe Biden insisted that addressing climate change would offer opportunities for economic growth and new jobs. And though some autoworkers are worried about future job losses on the line, as assembly of EVs is a mechanically simpler task, we are seeing some of the promised job growth in other areas. In addition to Ford’s just-announced investment and hiring plans, GM has also just announced that it will hire 3,000 new workers in its push to develop electric and autonomous vehicles.

The new hires, happening through the first quarter of 2021, will be in the areas of engineering, design and IT. Specifically, GM mentioned job openings for electrical system engineers; infotainment software engineers; developers for Java, Android, iOS and other platforms; and controls engineers. But that’s to name just a few. The announcement again and again stressed software as a foundation of GM’s technology push, which features a near-wireless vehicle powertrain management system; its new digital vehicle platform that supports everything from infotainment to Super Cruise to over-the-air updates; and of course the Ultium battery technology that’s central to GM’s future.

“As we evolve and grow our software expertise and services, it’s important that we continue to recruit and add diverse talent,” said GM President Mark Reuss. “This will clearly show that we’re committed to further developing the software we need to lead in EVs, enhance the customer experience and become a software expertise-driven workforce.”

From the sound of it, many/most of the new hires would be working remotely. GM in the hiring announcement also stressed its initiatives for diversity and inclusiveness in its hires and in a future workforce, making mention of its STEM efforts in schools, even going so far as to support a Girl Scout Automotive Engineering badge. And if you’re still not excited to apply, GM’s announcement also entices with a mention of its recently announced 12-week paid family leave benefit.

Interested? Head to the GM careers site to apply.

2020-11-10
admin
Share
Previous 2021 Formula 1 Schedule Returns to Normal With 23-Race Season Starting in March
Next Phelps: 2020 Season Was ‘Nothing Short Of Remarkable’

These Black Friday deals could save you bundles

Tatiana Calderón is probably the fastest woman on the planet right now, and the 27-year-old ...