I still view myself as a gearhead journalist, but the reality is that I’m a TV guy. I’ve recently found myself rapt with nostalgia for the early-’90s days of being a HOT ROD magazine staffer under the wing of Gray Baskerville, mingling with the pioneers of the industry, hanging out at the Street Machine Nationals in Du Quoin, Illinois, and being a part of the founding days of the Fastest Street Car Shootout. My video and TV followers are a younger crowd oblivious to such things. I meet glazed eyes when I discuss my editorial history at HOT ROD, HOT ROD Deluxe, Rod & Custom, Car Craft, and 4-Wheel & Off-Road magazines.

Related: Sign up to the MotorTrend App today for $2 to stream 100+ episodes of Roadkill, Roadkill Garage, Roadkill’s Junkyard Gold, Engine Masters, and Faster With Finnegan. Plus, enjoy 8,000+ episodes of more hit car shows!

Inversely, I’m curious if you readers understand what I’m up to. Many don’t realize I’m no longer involved in HOT ROD editorial, other than this column. That ended three and a half editors ago as I phased out of my magazine editor-in-chief role and into the video portion of the business that’s ultimately become a closely related but separate company called MotorTrend Group, a division of Discovery, as in Discovery cable TV. 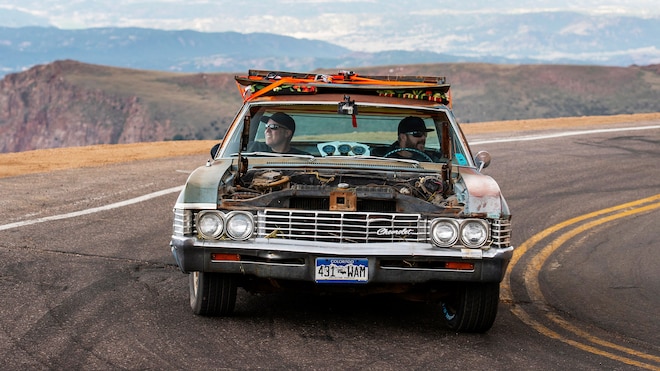 Circa 2011, I was editing both HOT ROD and HOT ROD Deluxe and probably overseeing Car Craft as well when the company wanted more video on HOTROD.com. I began making car-related adventure videos with HOT ROD staffer Mike Finnegan, then YouTube struck a deal with the publishing company to fund the MotorTrend channel, which became the largest auto outlet on YouTube. The Freiburger-and-Finnegan show was named Roadkill on the MotorTrend channel, and it became YouTube’s most viewed car-related show. Eventually, the YouTube financing ended, but the massive audience of MotorTrend shows attracted Discovery into a joint venture that led to all the original YouTube shows, plus dozens of other cable-TV car shows, being placed onto the MotorTrend App. The app—available on your computer or mobile devices or game consoles—lets you subscribe to see shows whenever you want. Also, the Discovery-owned, automotive-centric cable TV channel that was called Velocity is now known as MotorTrend, and my shows sometimes appear there as well.

I should point out that these business moves are not of my doing. There’s persistent belief among the audience that I’m calling the shots and making the deals. Not so. I’m just a producer and host of a number of shows. The main one is Roadkill, with no premise other than “we play with cars and you point and laugh.” Finnegan and I still co-host, 110+ episodes later.

I also host Roadkill Garage with my friend Steve Dulcich (who is also an occasional guest on Roadkill), a show where we show you “how to do the wrong thing the right way” as we build fast beaters on Dulcich’s farm.

Engine Masters is my show with hardcore before-and-after testing and analysis of speed parts and performance theory on the engine dyno. This one is co-hosted by Steve Brule of Westech Performance Group in California, and also by Dulcich, and we have a lot of fun with it.

Another Roadkill spinoff is Roadkill Extra, a short vlog that’s posted every weekday to the MotorTrend App. It has outtakes, tech tips, Q&A sessions, project-car updates, and more. 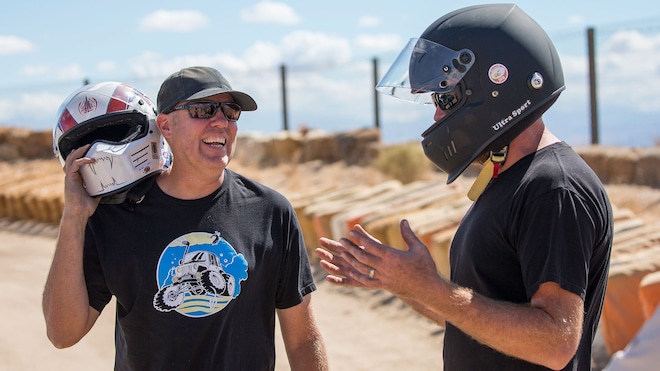 Finally, I co-host $3K Hooptie Challenge with Brian Lohnes, who you may recognize as the lead announcer for NHRA on Fox. This show is about dirt-cheap drag cars, and it’s hilarious. As for side gigs, you can spot me here and there on Roadkill’s Junkyard Gold hosted by former HOT ROD staffer Steve Magnante, or on the new Shift Talkers panel discussion show, or in the pandemic-driven Working From Home show (I have two episodes talking hot rod history as I reveal treasures of my garage). Oh! And the original Hot Rod TV—the first hot rodding tv show that the magazine launched in the ’90s—is also there.

I’ve abandoned the life of 36-hour days writing my brains out for magazines and jumped into a nonstop schedule of wrenching, building low-buck project cars, road-tripping, and testing engines. We are extremely fortunate that we still don’t have any scripts or fake drama, as the hosts are mostly in charge of the content for the shows. We figure if it’s fun for us, it’s fun for the audience. The most frustrating part is when tight schedules prevent us from finishing cars or meeting goals in the way that I want. Back in my magazine days, if a story plan flopped, I could just stay awake 24 hours and write something to replace it. In video, we have to air all our mistakes. But that’s also what many viewers like about it. We don’t fake it.

It’s hectic, but it’s also the car-guy dream job. Nonetheless, I still miss the romance of HOT ROD editorial, and I’m grateful to be able to hand in this column each month.

Welcome to the latest of Autocar India’s classic comparisons. True to style, we’ve rounded up ...