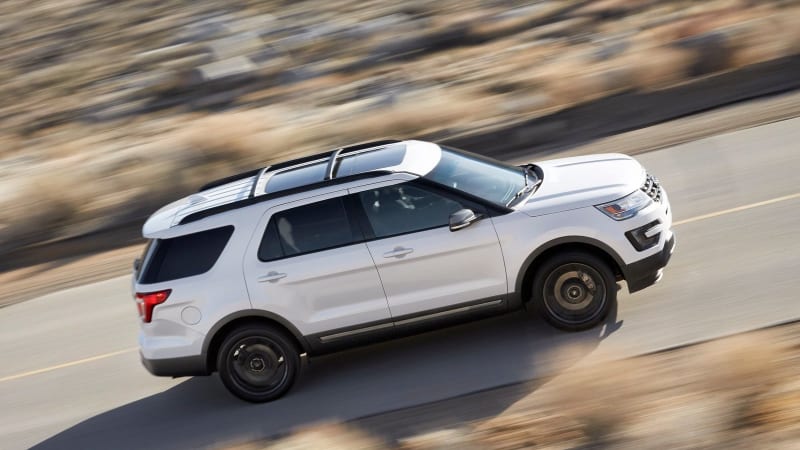 Ford is recalling about 375,000 Explorer SUV models built between 2013 and 2017 in North America to fix a potential defect in the rear suspension. In “North America states and provinces where corrosion is common,” which we take to mean areas that experience harsh winters and heavily salted roads, “a fracture of the outboard section of the rear suspension toe link” is possible on affected vehicles. Ford says 350,000 of these models were sold in the United States and another 25,200 in Canada.

This isn’t the first time Explorers of this generation have been recalled for fractured toe links. Back in the summer of 2017, 1.2 million Explorer models were recalled over toe links that could fracture if subjected to “frequent full rear suspension articulation (jounce and rebound).” A little over a year earlier, 75,000 Explorers were recalled over, you guessed it, rear toe links that may not have been welded properly.

It’s not just Explorers that Ford has recalled over rear toe links. Earlier this year, the automaker issued a recall that covered nearly 230,000 Ford Flex, Taurus and Lincoln MKT models. All of these recalled vehicles ride on similar unibody underpinnings that Ford calls the D4 platform. We can’t say whether these other D4-based vehicles will get another recall as the Explorer has.

Ford says it is aware of as many as 13 crashes and six injuries attributable to the toe links covered under this most recent Explorer recall. Owners will need to visit their preferred dealership, which will “complete a torque inspection of the cross-axis ball joint and replace it as necessary,” according to Ford.