FAB-Racing finale sees Championship go down to the wire 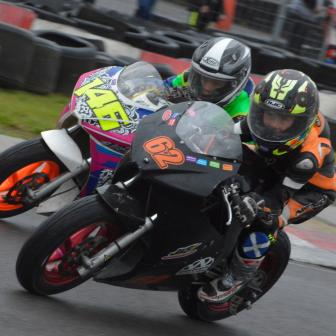 It was Garness who was starting from pole position as Saturday’s rain-soaked Race 1 got underway. Brown quickly took the lead on the first lap, determined to get ahead of his championship rival. But it was a charging Harrison Mackay who carved his way through the field, diving through on both Garness and Brown to take the lead lap 2. Mackay proceeded to break away at the front leaving an enthralling 6 rider battle for 2nd place between Brown, Garness, Clayton Edmunds, Mason Foster, Alfie Davidson, and Hollie Harris. Garness and Brown continued to swap positions at the front of the group, making lunges, banging bars, and showing how much each wanted the championship. The 6-rider battle then became 4 as Alfie Davidson crashed out, and Harris dropped off the back of the group. Mackay proceeded to win the race by 4 seconds, and it was Brown who extended his championship lead by 19 points taking 2nd place ahead of Garness, Foster, Edmunds, and Harris.

Lando Norris has apologised for comments made in recent interviews, following his widely publicised remarks ...