Catch 22: Lowes riding high on the road to Valencia 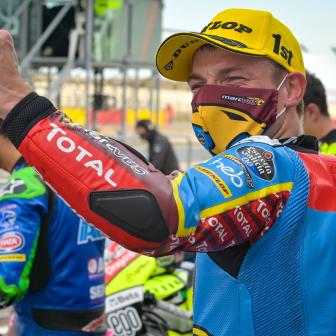 For the man closest on the chase, Enea Bastianini (Italtrans Racing Team), it hasn’t been a bad run of late either though. The Italian made his big error of the season at the Red Bull Ring but since leaving Styria has taken a win, a few podiums and only suffered one bigger blip at Le Mans where he came home 11th. Crucially too, when he hasn’t had the pace to challenge Lowes and knew that, he took two podiums at Aragon to do some good damage limitation. That speaks to a rider unlikely to crumble when faced with a deficit of only seven points, especially when there are still 75 on the table.