Can Lowes keep the momentum at MotorLand? 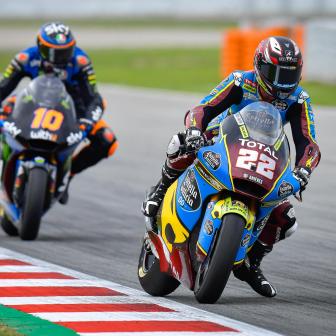 There was heartbreak for Jake Dixon (Petronas Sprinta Racing Team) that played into Lowes’ win late on in France, with the gap behind the duo monumental by then, but it’s not just one win that makes the number 22 suddenly headline-worthy. Lowes has now taken three podiums in a row for the first time since 2016, and one was a victory for the first time since the same year – when he rather aptly did it at MotorLand. He’s the only rider on the grid to have taken to the top step at the venue in Moto2™, as well as one of only four who’ve ever been on the podium there, which he’s done in addition to that victory. All that, plus a now much-reduced 22-point gap to the top of the Championship, makes ominous reading for his rivals.

Josh Berry with his wife and child after winning at Southern National Motorsports Park on ...