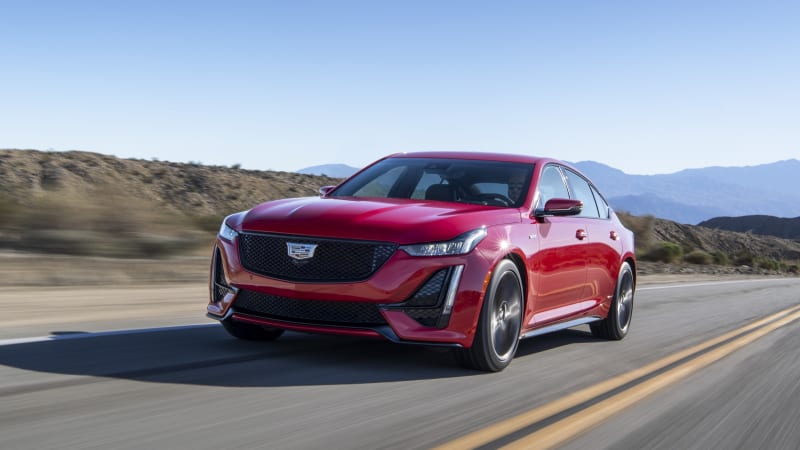 Bugatti makes the world’s fastest car, but Cadillac claims it has developed the world’s fastest suspension. Its fourth-generation Magnetic Ride Control technology receives hardware and software tweaks to deliver a more comfortable ride and sharper handling. It’s offered on some variants of the CT4, CT5 and the Escalade.

Introduced in 2002 on the Seville STS, this self-adjusting suspension is not as complicated as it might sound. It relies primarily on electromagnets that emit a magnetic field, and a magnetorheological fluid whose viscosity changes depending on the strength of the magnetic force. Sensors scan the road up to 1,000 times per second and send the information they gather to the electromagnets, which then alter their magnetic field as needed to modify the fluid’s viscosity. The fluid is in the shocks, so making it thicker returns a firmer ride, and vice versa.

In simpler terms, Magnetic Ride Control leverages chemistry and physics to make the ride sporty, comfortable, or somewhere in between — all in the blink of an eye. By reacting to the changing magnetic field, the fluid-filled shocks filter out road imperfections and maximize tire contact with the road to deliver more precise handling.

Cadillac began developing the fourth-generation system by improving the hardware. The in-wheel accelerometers are more accurate than before, the inertial measurement unit is more precise, and the damper fluid formula was changed for quicker response times and a smoother ride. Engineers then turned their attention to the system’s software. They notably gave the sensors the ability to process a wider selection of input and output signals, which translates to a wider spread between comfort and sport. And, they made the response time up to 45-percent quicker.

All told, the fourth-generation Magnetic Ride Control technology performs better under heavy braking and hard cornering, it delivers more consistent performance, and it reads the road more accurately. Cadillac proudly notes these are the most comprehensive updates it has made to the system in nearly two decades.

Looking ahead, the technology will likely be offered on other models, including the high-performance, Blackwing-badged variants of the CT4 and the CT5. We wouldn’t be surprised to find it on future Chevrolet sports cars, too.

2020-10-16
admin
Share
Previous 2021 MotorTrend SUV of the Year: Here Are the Finalists!
Next Venturi promotes reserve driver Nato in place of Massa · RaceFans

A 12.0-Inch Screen Comes to the Midsize SUV

Mitsuoka, one of Japan’s most eclectic tuners, can’t resist the market’s shift towards crossovers and ...