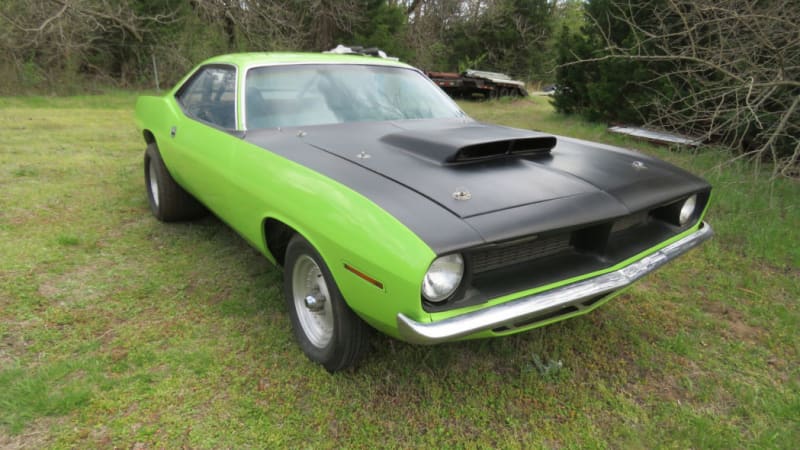 Every time a child has jumped for joy over the past few years, a little more jingle went into the pocket of bouncy house inventor Bob Regehr. And that money, in turn, went into his car collection, which is now headed for auction.

The bounty from the bouncy house, aka the Moon Walk, that Regehr invented in 1968 provided a financial boost as he amassed a collection of what at one time was 226 cars and a whole lot of parts. Up until then, he ran a filling station and would spot the cars in town he liked, eventually buying them off his customers.

Randy Lorentzen’s tale of putting Regehr’s compulsion into some semblance of order is a fascinating read published in a 2009 issue of Hot Rod magazine. He also offers details on some of the vehicles that will cross the auction block now that Bob Regehr’s gone. Some 140 of his finds are up for sale, and also some parts.

It’s not an exotic collection. Regehr had a thing for 1932 Fords, and there are no less than 19 examples in his fleet. Some are sedans, and some are trucks. Some are stock, others are hot rods, and a few need a full restoration. Above all, he collected Ford products, of every era. There are Mustangs, various Lincolns, but also Camaros, Corvettes, Pontiacs, and more. As the auction write-up says, “there wasn’t a car Bob didn’t like.”

This isn’t one of those bright-lights Barrett-Jackson kinds of auctions: much of the collection is not what you’d call museum quality, and very little is exotic, aside from a lone Ferrari 308 GTS that got mixed in with the El Caminos and Farmall tractors. Regehr purchased it because it looked like Magnum P.I.’s car, according to his daughter. It also stands out as one of the few foreign cars in his collection; the only other imports are a pair of Jaguar XJ6 sedans and a 1967 Volkswagen Beetle that’s complete but seemingly hasn’t moved in several decades.

What the collection lacks in diversity, it makes up for in approachability. While some of the cars will undoubtedly sell for a five-figure sum, including a gorgeous 1957 Ford Thunderbird and a fuel-injected 1958 Chevrolet Corvette, others will send collectors looking for a cheap winter project over the moon. If you like two-wheelers, four will be up for grabs, including a 1970 Suzuki T250. If you need a spare glovebox door with an integrated clock for a 1932 Ford, there’s one in Regehr’s collection. Pedal car fans will have a field day, too.

VanDerBrink Auctions is holding the sale at the Kansas State Fairgrounds in Hutchinson, Kansas. The open house preview is Friday, Oct. 23, and the sale is Saturday, Oct. 24. Details are at the auction house website, and here’s the good old-fashioned sale flier.

2020-10-14
admin
Share
Previous This Is The Cave Facility In Norway That U.S. Navy Submarines Could Soon Operate From
Next Ferrari’s qualifying pace “very strange”

GMC is making the bold claim that the upcoming Hummer EV will be the world’s ...