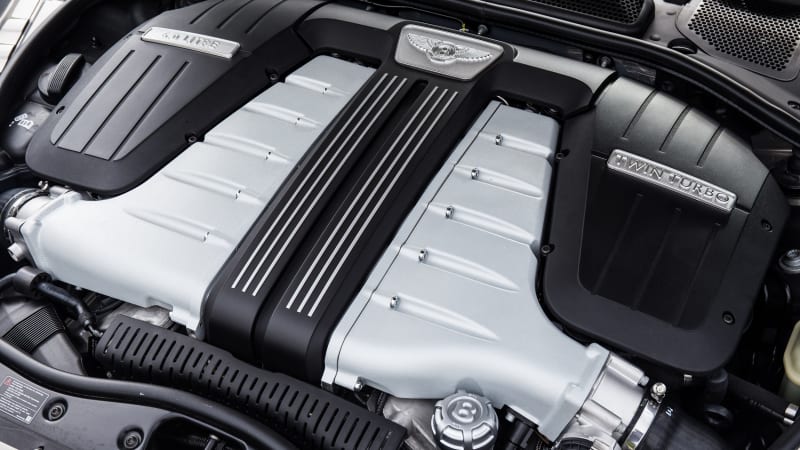 Bentley confirmed it will only sell plug-in hybrid and electric models by 2026, so its W12 engine will either be axed. Autoblog learned from a company spokesperson that the latter solution has been chosen.

“No more W12,” a representative replied when we asked what the future holds for the engine. It’s a tectonic shift for Bentley, which proudly calls itself one of the industry’s largest manufacturers of 12-cylinders. What remains to be seen is when the 6.0-liter will retire. Jan-Henrik Lafrentz, Bentley’s board member for finance, affirmed there is “a lot of mileage left in [the W12],” which suggests it’s not going away in the coming days, weeks, or months.

Its days are undoubtedly numbered, however, which shows the British firm isn’t afraid to make difficult decisions to keep up with regulations and market demand. It illustrated this point well when it axed the Mulsanne, its flagship model in the 2010s, earlier in 2020. Pivoting toward electric powertrains gives it an opportunity to return to the segment; sedans normally return better range than comparable SUVs because they tend to be lighter and more aerodynamic. Will it? Executives didn’t say a comeback is imminent, but they didn’t rule it out, either.

“The market for big sedans is interesting. It has changed a lot over the past 20 years. It’s not in a growth phase. While we have a great heritage in that space, we have a perfect sedan with the Flying Spur, so let’s see what evolves as we release and reveal our electric car strategy,” said company boss Adrian Hallmark.

Bentley’s first series-produced electric car is tentatively due out in 2025. Built on a new platform, it will be the first in a full range of EVs, and the company pledged to phase out the internal combustion engine by 2030.

General Motors has dropped plans to take an equity stake in Nikola and build the ...