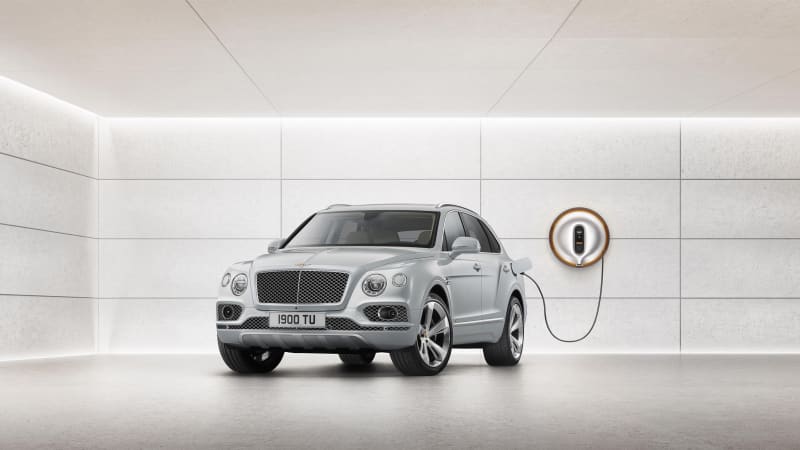 Bentley will accelerate its electrification offensive during the first half of the 2020s, Autoblog can reveal. It will release an array of plug-in hybrid and electric cars, and it plans to phase out all non-electrified powertrains.

“Next year, we will launch two plug-in hybrid models. In the end, it’s the best of both worlds. It means the customer can decide when to use the internal combustion engine, and when to go electric. It also reduces fuel consumption massively,” affirmed company boss Adrian Hallmark during a virtual roundtable discussion.

He stopped short of revealing whether the plug-ins will be based on existing models, or if they’ll be new additions to the range. As of writing, the Bentayga is the only Bentley available with a plug. My crystal ball tells me the Continental and the Flying Spur (which are marketed as separate models) are prime candidates for electrification.

Bentley’s first electric car is scheduled to make its debut by 2025. Details are also scarce, but Hallmark revealed the model will be built on a new platform, and it will benefit from the latest battery technology. Going electric won’t be an excuse to radically overhaul the company’s design language, however. Head of product design Chris Cooke noted the zero-local-emissions car will look “much more modern and more interesting,” but it will remain immediately recognizable as a member of the Bentley portfolio. He warned not to expect a revolution. Take the limited-edition, 650-horsepower Bacalar (pictured below), for example. It looks like a Bentley, it doesn’t represent a stupefying break with tradition, but it’s not a Xerox copy of the Continental, either.

After 2025, the floodgates open. Hallmark pledged to create a family of electric cars, and that every model in the Bentley range will be either a plug-in hybrid or fully electric. He realistically refused to say the internal combustion engine’s days are numbered, however, and he added his team disagrees with the bans floated in some markets.

“Whenever the deadline is for banning combustion engine sales, we’re advocating an overlap so that hybrids are allowed to be sold for longer, until everybody can afford, charge, and live with the range of an electric car. I think we’re now getting through; we trust the right decisions will be made,” he said candidly.

Former sister company and current arch nemesis Rolls-Royce stated its customers aren’t demanding any kind of electrified powertrain, but it needs to offer them due to ever-stricter government regulations, especially in Europe and in China. Do Bentley’s customers care about electrification? Sort of, according to the executives I spoke to.

“I won’t pretend it’s not driven by regulations, because of course it is, but we definitely see a demand from the customers,” noted Jan-Henrik Lafrentz, Bentley’s board member for finance. He cited market research that shows 55% of the company’s customers would consider buying an electric model in the next five years, though he stressed it’s too early to write the mighty W12’s obituary. “We’ve got a lot of mileage left in it,” he clarified.

What Is Overlanding? An Automotive Overview of the Awesome Activity

Bugatti churns out more special editions than you’d expect, given how small it is, but ...