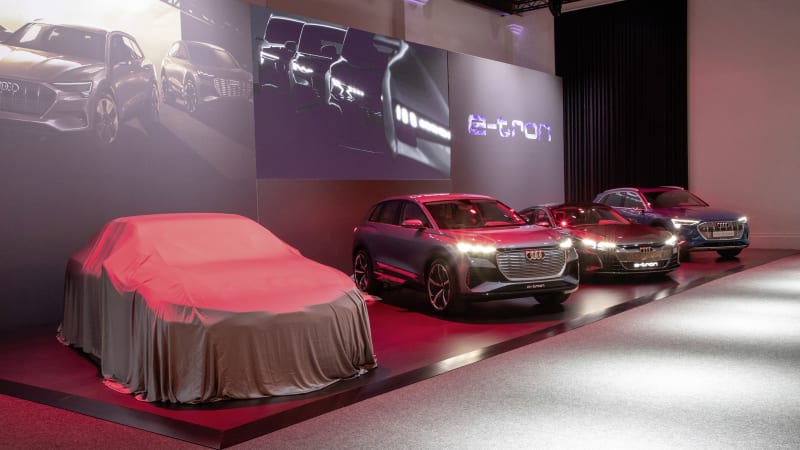 The rumors claiming Audi wants to release a model positioned above the A8, and the reports of an ongoing electric car development program called Artemis internally, have seemingly converged. Citing sources inside the carmaker, a German media outlet reported the firm is busily creating a super-luxurious EV code-named Landjet.

Audi is leading the development process, but sister companies Bentley and Porsche will reportedly receive their own version of the Landjet. All three models will likely take the form of three-row SUVs with generous dimensions. They’ll be so big that none of Audi’s production facilities will be able to manufacture them, according to an anonymous insider who spoke with German newspaper Handelsblatt. Luckily, Volkswagen makes vans, too.

It’s too early to tell what will power the Landjets. Audi assigned some of its most brilliant engineers to Project Artemis, and the technology they develop will permeate the three EVs before trickling down into cheaper models in the group. Expect high performance, a high driving range, and semi-automated driving technology.

If the report is accurate, the Landjet vehicles will enter production in Hanover, Germany, by the end of 2024. The facility currently makes the Volkswagen Transporter, which is a direct descendant of the rear-engined Bus sold for decades, and it will start manufacturing the production version of the ID.Buzz concept in the coming years.

Volkswagen hasn’t commented on the report, and car companies rarely address speculation, but its Commercial Vehicles division released a statement in November 2020 that confirms the Hanover site will begin building SUVs about halfway through the 2020s. It’s a major shift for a factory normally tasked with manufacturing vans.

“Our main plant in Hanover is becoming the production site for three completely new premium electric vehicles in the Group. These D-SUVs are genuine flagship projects: premium, 100% electric, and highly automated,” said Carsten Intra, the head of Volkswagen’s Commercial Vehicles division, in a statement. He added the firm will invest about 680 million euros (about $807 million) to build a new assembly line, among other upgrades.