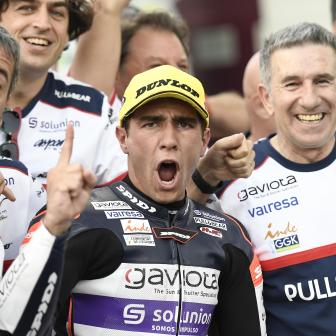 Arenas began his career with the team competing in the Moto3™ Junior World Championship, where he achieved his first podium with the Aspar Team at home, in Barcelona, ​​finishing third. In 2016 he competed in three Moto3™ Grand Prix: in Jerez and in Barcelona, ​​as a wild card rider, and in the Netherlands, as a substitute rider. It would not be until 2017 when he finally made the permanent jump to the World Championship, achieving an eighth position in San Marino as the best result.

Williams_Adrian dominates the Global Series Round 3!