It has been over a year since we caught the next-gen Toyota Tundra pickup out testing, but that changes today. New spy shots show the full-size truck running around in a thick layer of camouflage and coverings.

Just like the first time we spotted a next-gen Tundra, this one is sporting skirts, brushes and other materials to block our view of the rear suspension. But the big news is that under the camouflage is what looks like a totally new and different truck. Both times we previously spied the Tundra, it was still the same cab and truck underneath. Toyota didn’t even bother to cover up the doors. This truck looks entirely different with a new cab design, hugely different front end, massively different mirrors and new elements to pore over everywhere.

These photos make it look properly gargantuan with tall, slab-sided shapes, massive rear doors and upsized everything. It looks like it’ll match up with the huge American competition better than the current truck, which has to be exactly what Toyota is aiming for. The gently downward sloping front hood is much more flat and has an abrupt ending. There’s less angle on the rear of the cab where it comes down to meet the bed than before. And the front overhang still looks short, but it might be a tad longer than the previous truck. Many of the coverings shroud the finer details, but there’s no mistaking this one for the old Tundra. 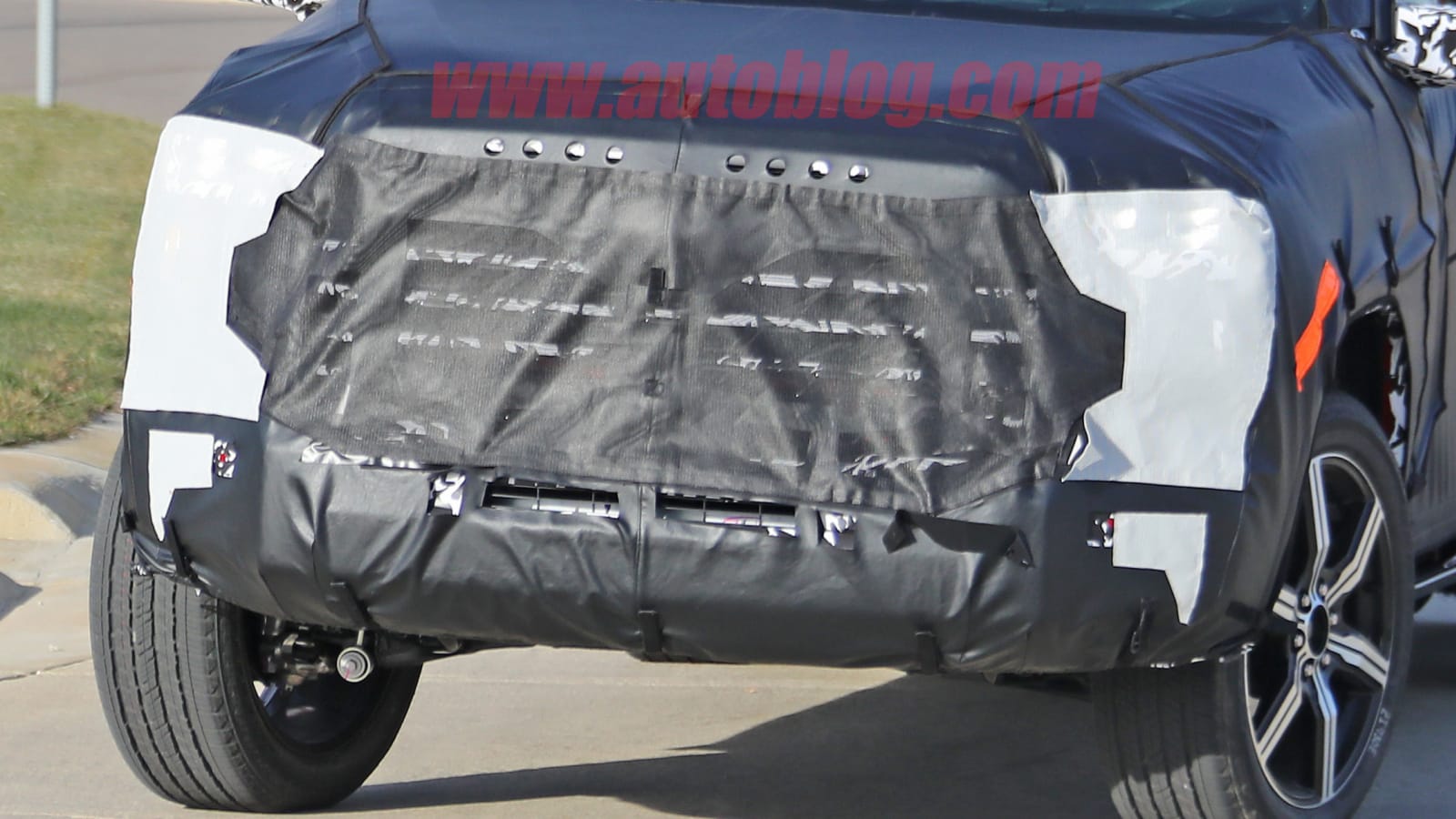 The grille size looks like it’ll fit in with the current truck crowd. We can see through the camouflage here, and Toyota appears to be hiding large, horizontal slats underneath. The headlights look like LEDs at this point, but they’re under deep cover. Still, this lets us know the truck is getting nearer to launch time.

We can’t see any tire sizes, but the wheels on this truck are massive. You can get 20-inch wheels on the current Tundra, but Toyota could be pushing the envelope for a more luxurious model to compete with the fleet of luxury trucks Ford, Ram and GM sell.

None of the powertrain rumors have changed as of late. We’re still expecting this truck to come with a 3.5-liter twin-turbo V6 hybrid setup. That’d instantly catapult the Tundra into the fray with the others and would also be a great competitor to the new F-150 PowerBoost.

We still don’t know when the new Tundra will launch, but at this rate we’re looking at a potential 2022 model year. Let’s hope it comes soon, because the current Tundra is really stretching its legs in longevity at this point.