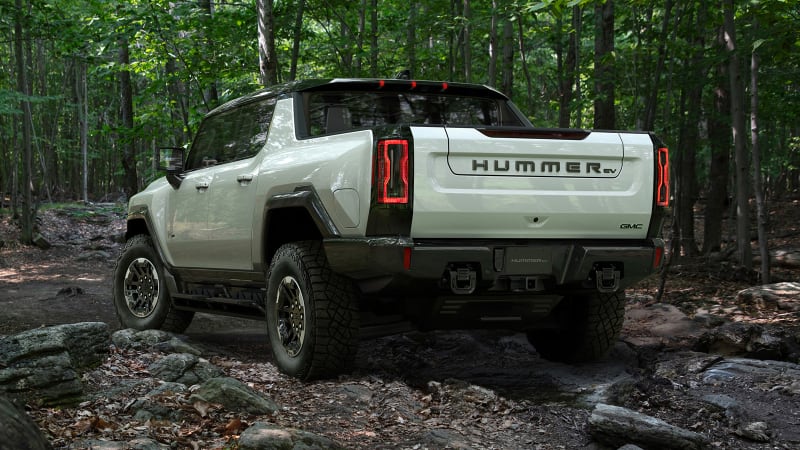 One of the many rumors swirling around the GMC Hummer EV claimed the truck would resurrect the Midgate inaugurated by the original Chevrolet Avalanche. Although we now know there’s no way to fully knock down the partition between the cab and the cargo box, the firm revealed the rumor wasn’t entirely false.

“There was [a Midgate] early on. We opted for the functionality of the drop glass in the back. With the package layout and things like that, it was not advantageous to pursue that one. And, the five-foot bed was kind of the industry standard in regards to price of entry in that segment,” explained John Mack, the Hummer’s exterior design management, during an interview with Muscle Car & Trucks.

The Hummer will go on sale with a five-foot box, and it doesn’t sound like a longer bed will be available, so a modern version of the Midgate would have made the model more versatile by giving users the ability to fold down the partition behind the rear seats to carry bulky items, like plywood and ATVs. It’s a feature that would have inevitably made the truck more complicated to build, however, because it adds moving parts that need to be sealed. Hinges, seals, and latches in turn add weight, and complexity almost always invites high manufacturing costs. As an electric pickup built with newly-developed components, the Hummer already has enough of each.

Motorists who need to carry something that’s significantly longer than the cargo box aren’t entirely out of luck. As Mack pointed out, the rear window drops into the partition, so owners will have the ability to haul surfboards, lumber, or anything else that’s relatively long and reasonably thin by simply pushing a switch. Alternatively, the only thing limiting cargo space when the roof comes off is the sky — or, depending on where you live, bridges.

Mack didn’t reveal when the Midgate was dropped. GMC launched the Hummer project in April 2019, and it previously released early design sketches that show how the truck transitioned from a sketch to a prototype.

As of writing, nothing suggests the Midgate will make a comeback in the near future on any member of the General Motors portfolio. It was introduced in 2001 on the first-generation Chevrolet Avalanche, which went on sale in the United States for the 2002 model year. It later spread to Cadillac’s luxed-up variant of the truck, the Escalade EXT, and to the short-lived GMC Envoy XUV. It retired when the second-generation Avalanche was consigned to the automotive attic in 2013, and we’ve seen nothing like it on a production truck since.