Cadillac on Thursday confirmed that a hotter version of the CT5-V wearing the “Blackwing” name will be launched as a 2022 model, and teased a 200-mph top speed for the sport sedan. A 2022 CT4-V Blackwing is coming as well, with both sedans scheduled to debut in summer 2021.

A teaser image showed the steering wheel that will be used in both the CT5-V and CT4-V Blackwing models. Sporting a 12 o’clock red stripe and carbon-fiber trim on the lower spoke, the wheel was “designed with driver ergonomics as a priority,” Cadillac said in a press release. The wheel also includes controls for driving modes and GM’s Performance Traction Management system. 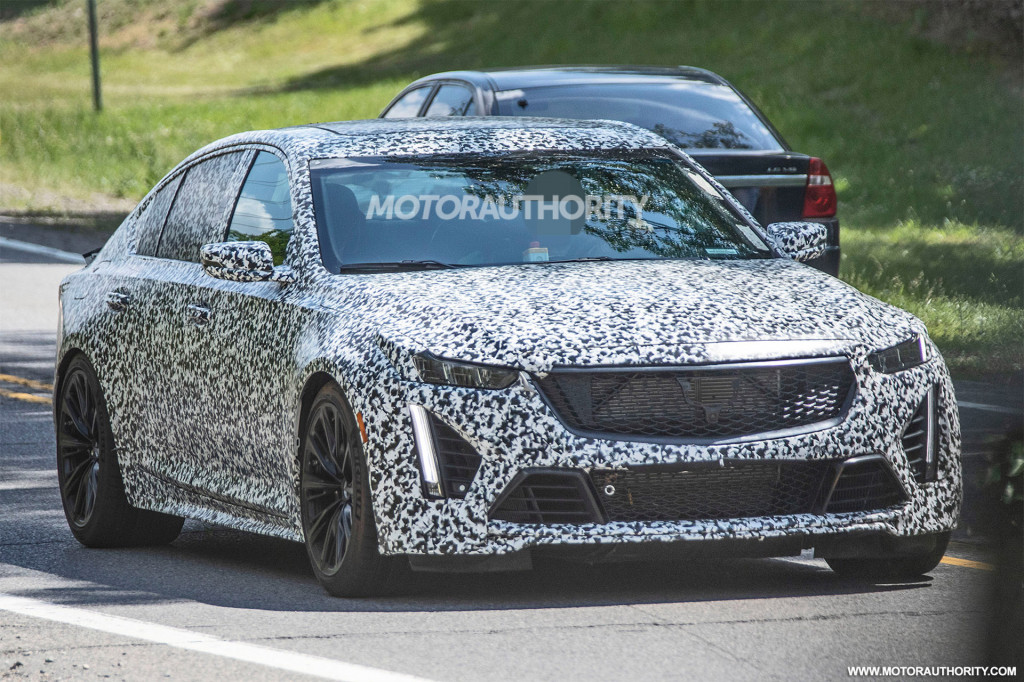 In the background of the image, the digital instrument cluster reads 200 mph.

Blackwing models will sit above the CT5-V and CT4-V in Cadillac’s lineup, making them the true successors to the 640-horsepower CTS-V and 464-hp ATS-V. Prototypes for the hardcore V-Series models were teased last year during the IndyCar Detroit Grand Prix, and Cadillac confirmed plans to use the Blackwing name in April. 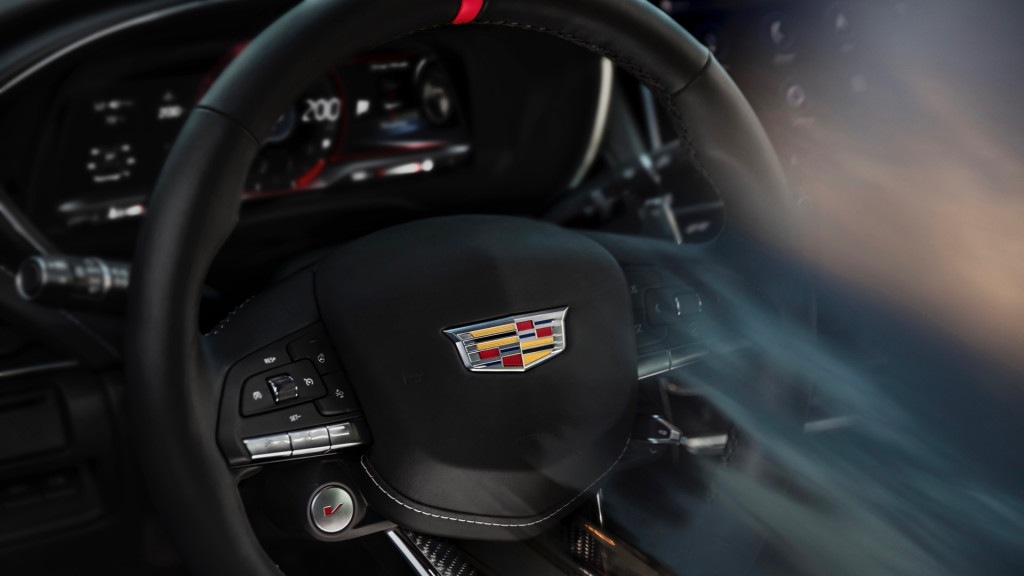 Cadillac first used the Blackwing name on a twin-turbocharged 4.2-liter V-8 that, so far, has only been used in the now-discontinued CT6. That engine isn’t expected to power the CT5-V and CT4-V Blackwing models, however.

The CT4-V Blackwing is expected to pack a new turbocharged V-6—the same configuration as the old ATS-V engine—with more than 400 hp. As with the CT5-V Blackwing, the CT4-V will offer a manual transmission and a 10-speed automatic. All-wheel drive may be offered on both sedans as well, and it might even be standard.

In April, Cadillac said it had tested prototypes of both Blackwing models at Virginia International Raceway, recording lower lap times than the ATS-V and CTS-V. In addition to beating their predecessors, the Blackwing sedans will have to measure up to rivals from Germany.