In 2017, Mercedes- introduced the GLC 43 coupe, and being an , it packed strong performance into an SUV-coupé body style. After giving the GLC SUV a mid-life facelift in 2019, and introducing a ‘tamer’ versions of the coupe-SUV in 2020, the sportier version gets a mid-life update.

But the bigger talking point here is that this is the first AMG to be locally assembled at Mercedes’ Chakan plant in Maharashtra. So, unlike the previous car, which was a full import and attracted high taxes, this one will receive some tax sops, and is likely to be more affordable than before. At an expected price of Rs 75 lakh ex-showroom, this will cost nearly the same in 2020, as it did in 2017. 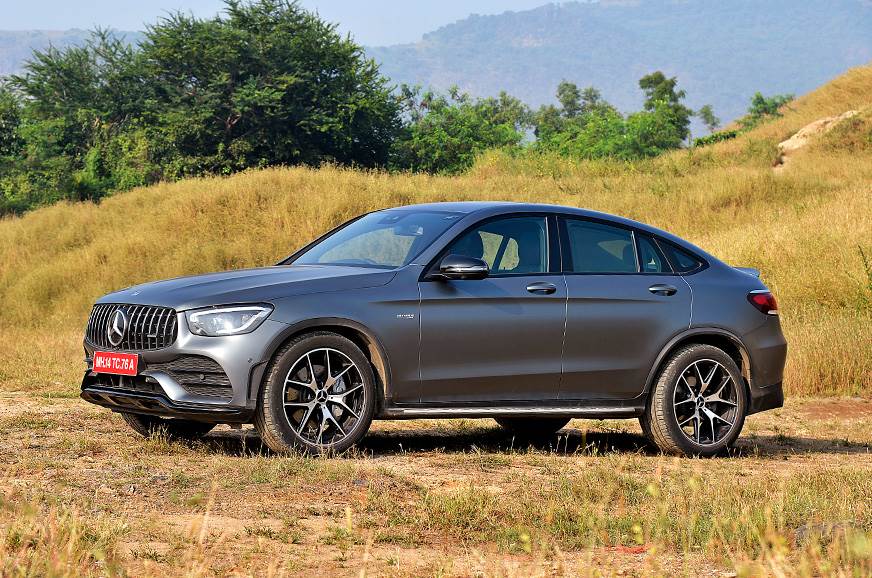 While it shares most of its design and body panels with the standard GLC coupé, it gets subtle tweaks which distinguish this AMG from its lesser sibling. The most prominent design elements are an AMG-signature Panamericana front grille, an aggressive-looking front bumper which gets air-scoops to channelise air and reduce drag, large 20-inch alloys, and a new rear bumper with a redesigned diffuser and quad exhaust tips. 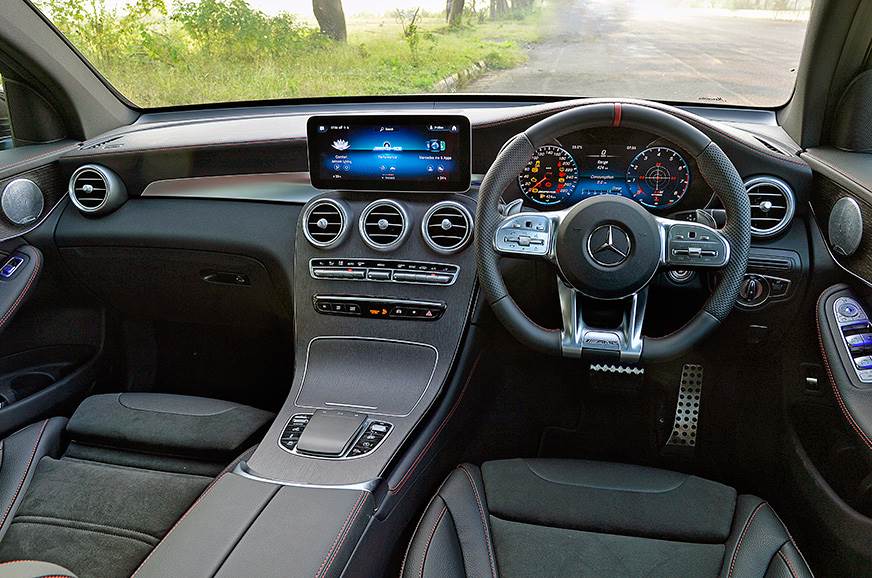 Changes to the interiors are even more subtle. Grabbing centre stage is the new 12.3-inch instrument cluster screen with digital dials that now get exclusive AMG display screens. Then there’s a new 10.25-inch infotainment screen, a sportier steering wheel with a red marker at the 12-o-clock position, part-Alcantara sports seats and red seatbelts. 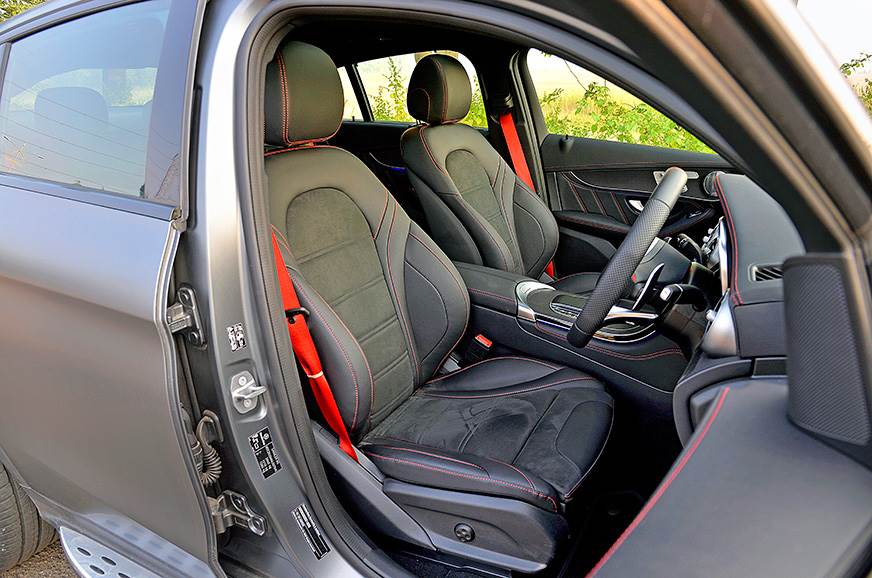 What’s nice is that the seat comfort and visibility are really good, and space at the rear is aplenty. There’s ample kit to keep you engaged like a Burmester surround sound system, Mercedes Me connect application, wireless smartphone charging, heated front seats, driving modes, and even a button to open up the exhaust valves for a sportier soundtrack. 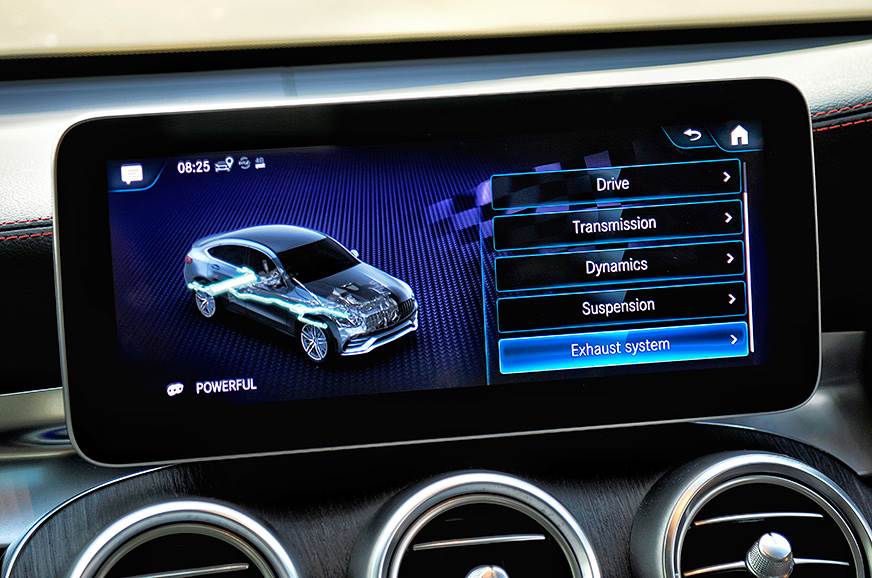 Powering this AMG is the same series-production 3.0-litre V6 petrol that we’ve experienced in the pre-facelift version, and it comes paired to a 9-speed automatic gearbox, transmitting power to all four wheels, with up to 69 percent of the power being sent to the rear wheels. Power, however, is up from 367hp to 390hp, while torque remains the same at 520Nm. 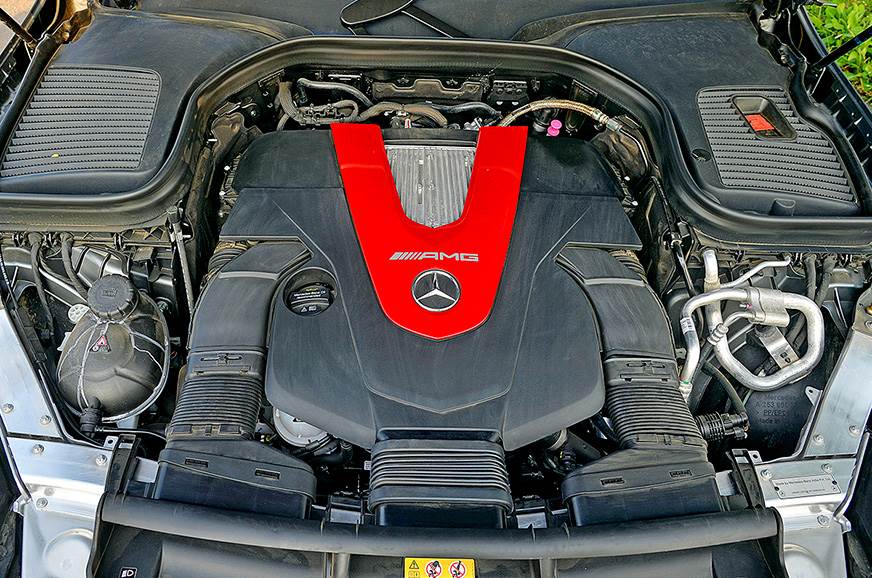 In our tests, this 1,585kg SUV catapulted to 100kph in just 5.4 seconds, and at 3.41 and 3.98 seconds for 20-80kph and 40-100kph respectively, its in-gear times are ridiculously fast too. Hustling this SUV around in Sport mode is a rewarding experience, with razor-sharp throttle responses and aggressive gearshifts. And if the exhaust valves have been opened up, you’ll hear pops like gunshots every time you upshift near the redline. 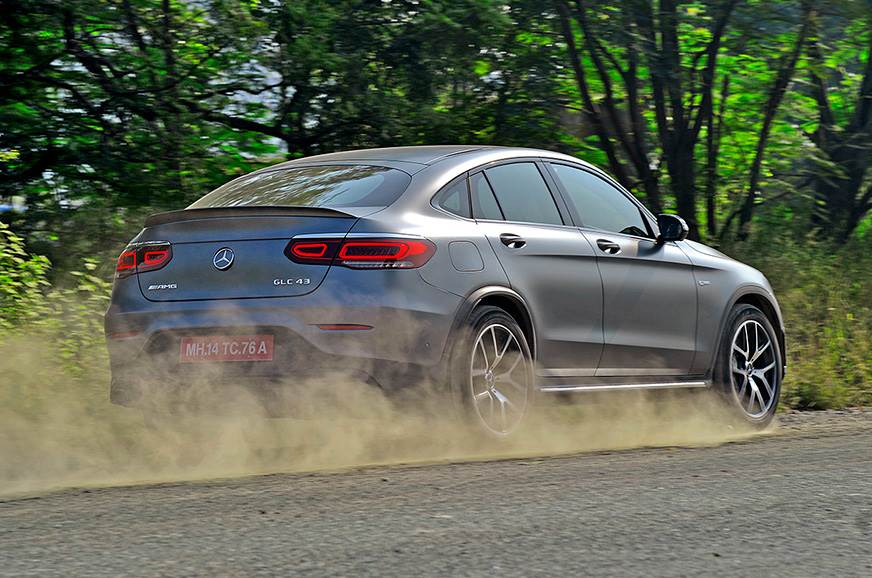 And when you want to explore its tamer side, set it to Comfort mode, and that’s where it dials down the aggression and feels like a regular petrol SUV; the gearshifts are seamless, the engine is silky smooth, and you can barely hear the exhaust growl. It’ll even shift up to the highest possible gear at the earliest to make the drive as relaxing as it can be, and it will cruise in ninth gear at speeds as low as 65kph.

The AMG GLC 43 Coupe is equipped with Mercedes-AMG Ride Comfort Plus suspension, which adjusts the damping based on the drive modes. While the drive in Comfort mode does feel a bit more absorbent than its harshest setting in Sport, this Coupe version, in general, has a stiff setup, and with the 20-inch wheels, ride quality isn’t as forgiving or as comfortable as the standard non-AMG version. 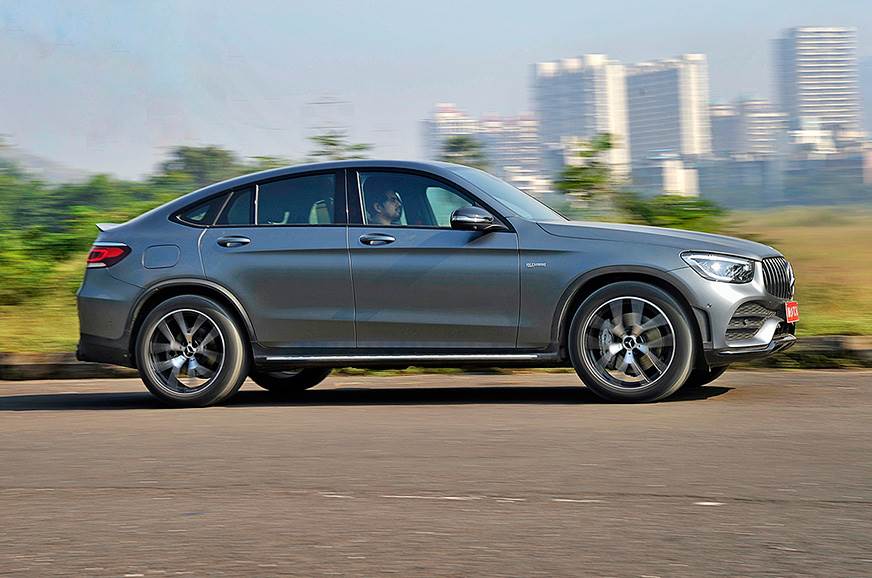 On the flipside though, handling is surprisingly agile, due to the quick-ratio steering with its pin-sharp turn-in, coupled with a clever all-wheel-drive system and tight body control. Despite sitting so high off the ground, this AMG SUV Coupe is so well behaved and corners so nicely, it almost feels like a large hot hatchback when darting in and out of corners.

So what the Mercedes-AMG GLC 43 Coupe brings to the table is stonking performance, daily usability, and with a spacious and practical cabin, this one is quite literally an everyday sports car on stilts. Strengthening its case further is the fact that it is now locally assembled in India, so Mercedes is now in a better position to offer it at an attractive price tag of around Rs 75 lakh, ex-showroom. 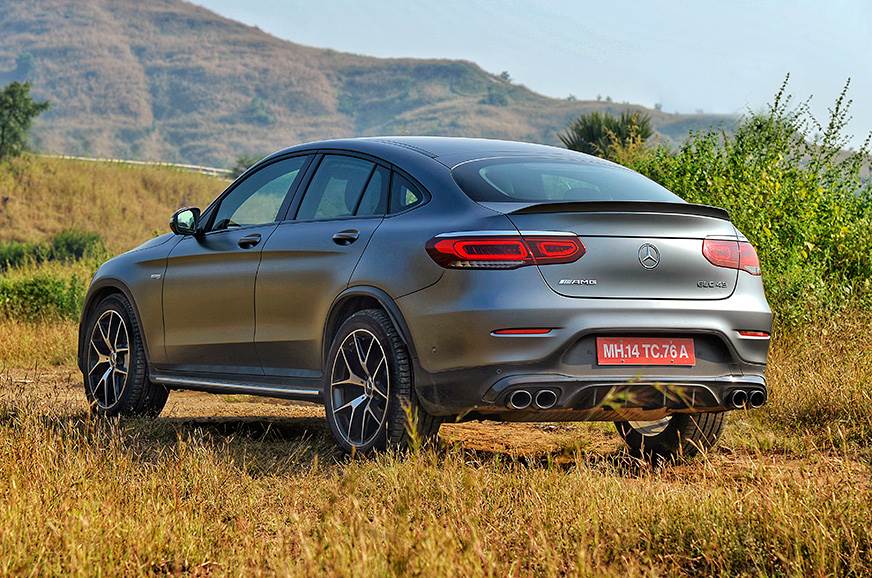 And for that kind of money, this AMG proves to be a stellar deal if a performance SUV is what you seek, especially when you consider that the only other SUV you could buy with similar levels of performance is the compact Porsche Macan S, which is almost Rs 10 lakh pricier.