2020 Hyundai Verna review: the 1.0 Turbo has the right ingredients

Who can forget the fluidic Verna? Launched in 2011 to much acclaim, its flowing lines, balanced form and crisp detailing made it something of a star. It wasn’t exactly the best-handling car in its class, far from it, in fact, and the ride was positively bouncy. Still, it came with a strong set of engines and was well equipped, so buyers lapped it up. Then in 2017, the new Verna, with its elevated quality levels and improved driving manners, took things another step forward. And it didn’t hurt that Hyundai loaded it up like it was a quasi-luxury car.

The new 2020 Hyundai Verna has been significantly upgraded as well. Under the hood sits a 120hp version of Hyundai’s 1.0-litre turbo GDI engine, and another bit of high-tech kit here is the twin-clutch automatic gearbox. Elsewhere in the range you get a 115hp naturally aspirated petrol and there’s a 115hp diesel as well, and both can be bought with either manual or automatic gearboxes. So, there’s a Verna for almost everyone.

The 2020 Verna we are driving also looks thoroughly refreshed. Up front, Hyundai’s grille is now frameless and larger, the gap between the LED headlights and grille now deleted. The nose is sportier and gets plenty of cuts and creases, the fogs have been pushed back into the chin and there’s even a mini spoiler integrated into the nose. Must say it works well. The coupé-like, arching roofline and that hint of a spoiler on the boot are carried over from the earlier car, and the new alloys are a good look. The car, however, has been raised a bit, so the stance isn’t as nice as earlier. Around the back, the new squared-off exhaust tips finished in chrome add a bit of bling too. Not sure if the ‘scaly’ finish on the lower part of the bumper works well though; it’s sure to divide opinion. 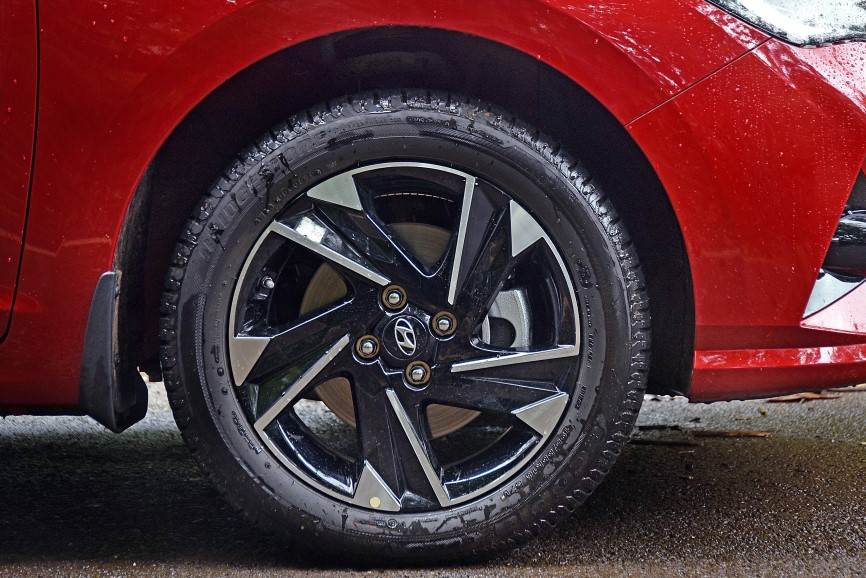 The car has been raised slightly compared to the outgoing model.

The Verna’s 1.0 three-cylinder petrol is so smooth and well balanced that you’ll be hard-pressed to tell it’s not a conventional in-line four. The twin-clutch automatic gearbox, coupled with the smooth engine makes driving in traffic light and easy. Trundle around at low engine speeds, however, and the motor does feel a bit flat-footed as there is a bit of turbo lag. But all you have to do to get around this is press down on the accelerator a bit harder, get the gearbox to execute a quick downshift, and then ride the wave of torque as the engine gets right into the powerband. 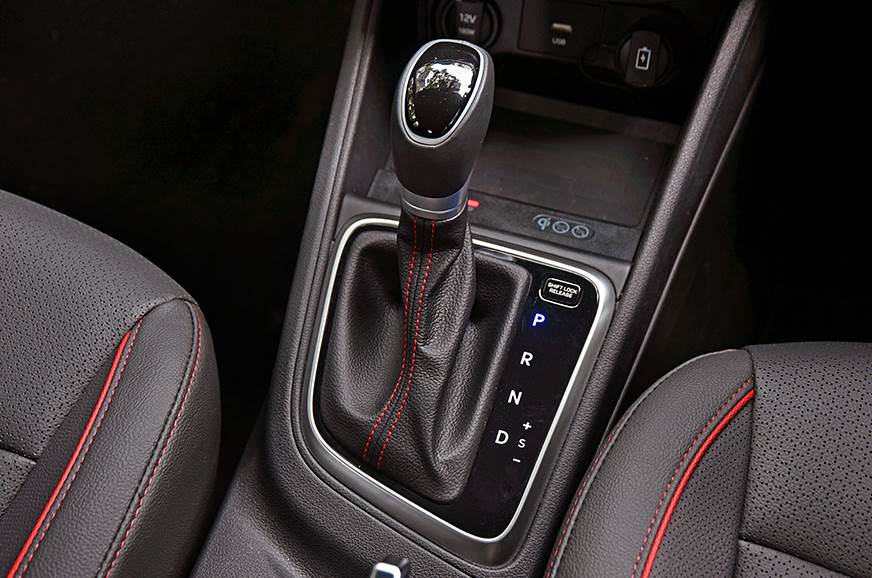 What gives the Verna a robust midrange, in fact, is the 172Nm of torque, and acceleration feels pretty strong, especially if you keep your foot in. Those who enjoy driving in a more spirited manner will also appreciate the wide powerband; the engine pulls hard all the way from around 2,000 to 6,000rpm.

While the twin-clutch gearbox isn’t as quick as the ones from VW or Skoda, and the TSI pulls harder in the top end, all the way to 6,500rpm, the Verna isn’t too far off the mark. 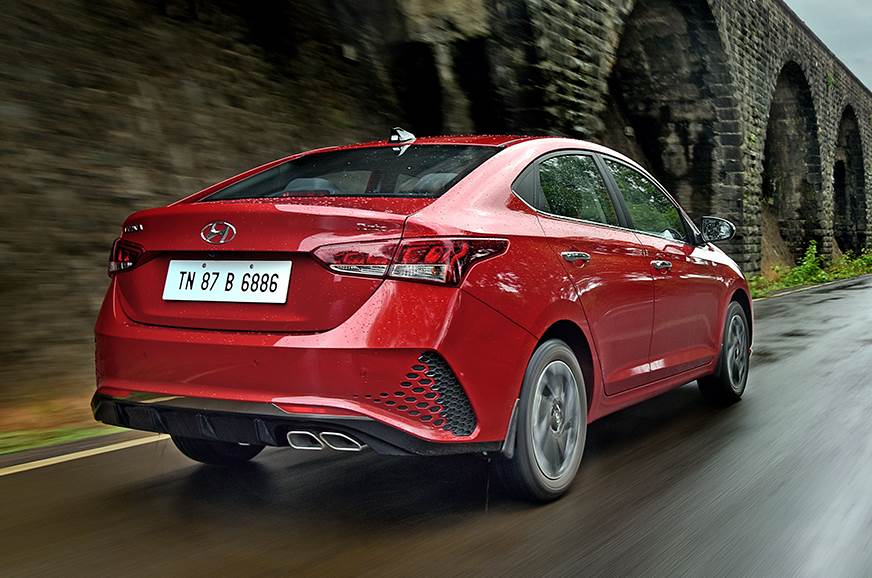 The Verna Turbo has a strong mid-range punch.

While we were keen to know just how fast the car is, especially in relation to the competition, a rev lock when stationary prevented us from getting a quick initial launch in our 0-100kph test, which, as a result, took a rather relaxed 13.09sec. Expect it to be around a second or so faster in the real world, and possibly on par with other turbo-petrol mid-sizers equipped with auto transmissions that are around the corner. It isn’t an apples to apples comparison, but, just for reference, the Rapid 1.0 TSI, with its 6-speed manual does the  0-100 sprint in 10.09sec. The Verna Turbo is also reasonably quick in kickdown. 20-80kph takes 7.29sec, and 40-100kph takes 9.05sec, which translates to ample overtaking power.

Yes, it gets a bit vocal when you rev it hard, and there’s is a hint of that three-cylinder thrum at higher speeds, but find an open road and Verna Turbo can certainly put a smile on your face.

What also makes it enjoyable to drive is that the steering has improved, and feels both better weighted and direct. The new Verna now feels reasonably agile on a winding road, it keeps things nice and tidy, and it can even enjoy a set of corners. Another change is to the brakes; Hyundai has given the Verna discs all round and it gives you plenty of confidence. Try to go faster, however, and things fall apart quite quickly. It doesn’t feel as composed as it did earlier, and up the speed further and it soon runs out of grip. 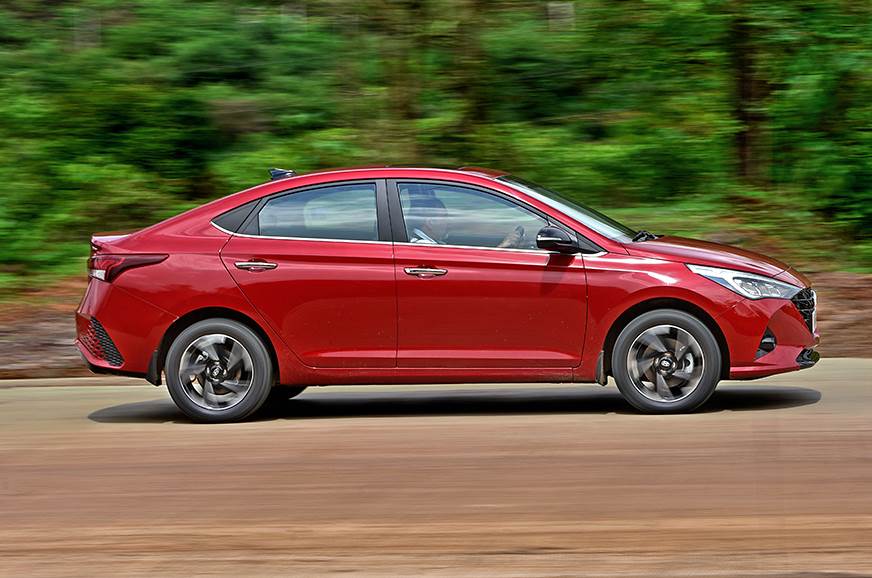 The Verna is enjoyable to drive now too, albeit within limits.

The ride, however, has improved quite a bit. The suspension has been raised slightly and functions silently, even over bad patches. Yes, there is a small amount of up and down movement, and there’s some road noise over certain surfaces as well. Still what’s impressive is that it effectively manages to take the edge off most bumps and even feels at home tackling larger potholes now.

While the 2020 Verna looks fresh and new on the outside, it’s more familiar on the inside. Key changes include a larger, free-standing 8.0-inch touchscreen (now too wide to be integrated into the dash), there are large metallic brackets on the vents, and behind the steering wheel, a BMW-style digital instrument panel. While the screen-based dials give the cabin a modern feel, they are largely decorative – there are no needles on the dials and this makes it extremely difficult to read them on the move. Luckily, Hyundai has provided two large digital readouts for speed and engine rpm, and that’s where your eyes eventually gravitate to. The Turbo version gets an all-black cabin with red highlights while the standard models get a two-tone theme.

The Verna Turbo we are driving has a sporty all-black cabin with red accents. There’s red on the vents, red stitching on the steering wheel and some on the seats, and this does lend a sporty feel. The overabundance of black, however, has its downsides. For one, it makes the cabin look smaller than it is, and then the mass of black on the dash makes the plastic panels look shiny and hard. This is not the case with the two-tone dash.

Apart from these changes, the cabin remains unaltered at the front. The largish, cooled front seats are both supportive and comfortable, you now get paddleshifters on this version of the Verna, and embedded in the touchscreen is Hyundai’s connected BlueLink app. It allows you to connect with the car via an app on your phone, giving you access to functions like remote start, door lock/unlock, remote air-conditioning, real-time fuel status, real-time location, live tyre pressure information, SOS, emergency road-side assistance and even cricket scores. While we managed to connect with the car easily, a delay in the system, possibly down to low data transfer speeds, meant functionality was quite laggy and slow. You also get a voice command system, Apple CarPlay, Android Auto, and onboard navigation as well. 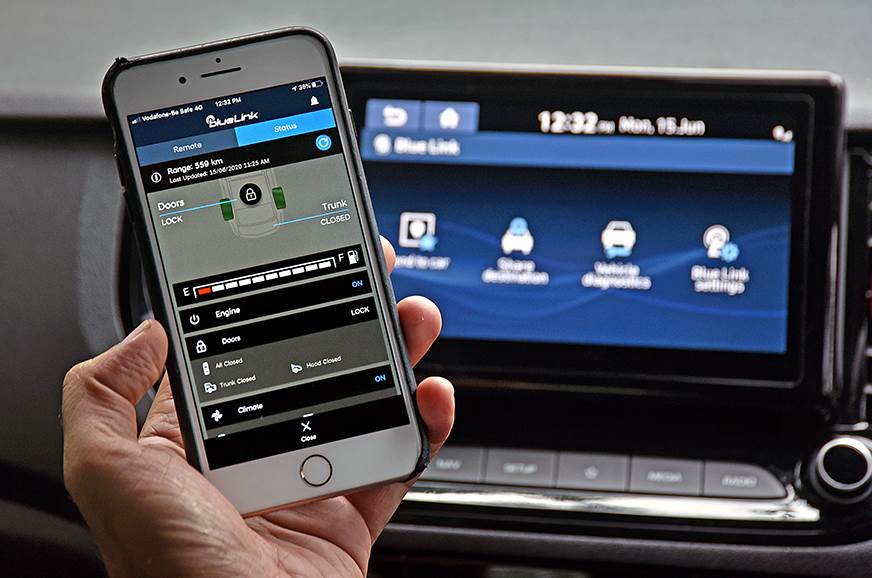 The backseat is still the Verna’s weak link. There’s less legroom here than on some sub-four-metre sedans, and if you are over 6ft tall, headroom could be an issue too. However, if the relative lack of legroom doesn’t bother you, or you are chauffeur-driven with the front passenger seat unoccupied, the rear seat is actually quite comfortable. The backrest is nicely reclined and it offers good side support, decent thigh support, and you also get stuff like a manual rear blind, a big air-con vent and a USB charging point. 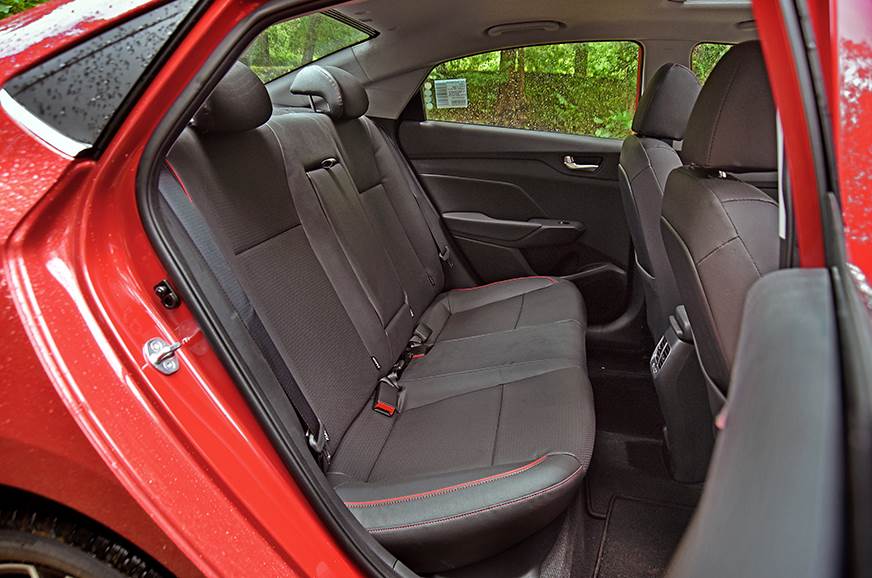 The back seat is a bit of a weak link for the Verna.

Other kit on this top-of-the-line Verna SX(O) include a sunroof, wireless charging, 6 airbags, Electronic Stability Control, traction control, cruise control, front and rear parking sensors and hands-free boot release. The latter, as on the Elantra, needs the right technique to get it to open. You have to stand close to the boot with the key in your pocket, and be patient. Eventually, it will pop open.

Should you buy one?

If you’re a keen driver, the 2020 Verna Turbo has plenty to offer. The 120hp petrol has loads of performance, the twin-clutch automatic is convenient and engaging and with its improved driving manners and better brakes, the new Verna now is quite pleasant to drive too. It is also comfortable to sit in, is well built on the inside, and, since it is a Hyundai, comes loaded with enough kit to pamper you. Sure, it could have been sharper to drive around corners, legroom in the rear is only sufficient, and at Rs 13.99 lakh, you do pay a bit of a premium. Still for those looking for a fun and convenient daily driver, the Verna Turbo ticks a lot of boxes. 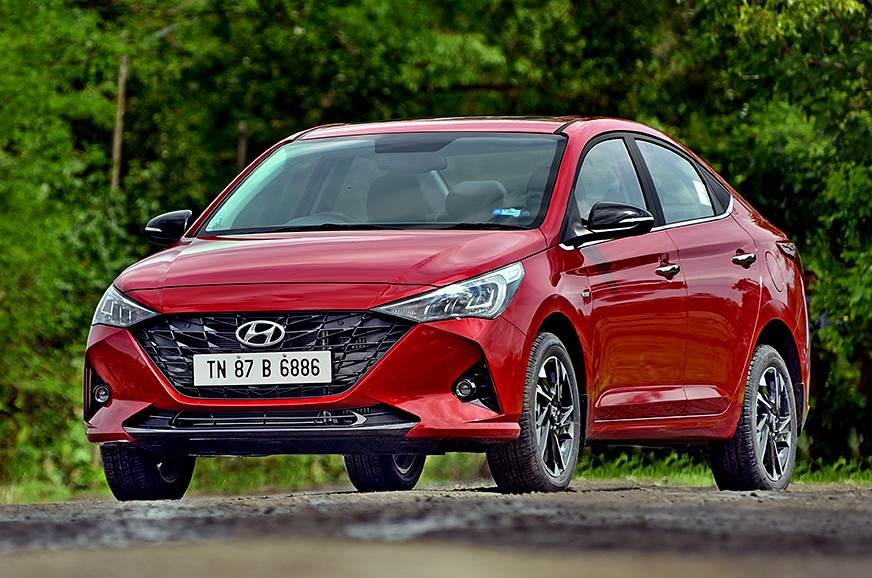 After months of curbs and limited movement, my family was really looking forward to our ...