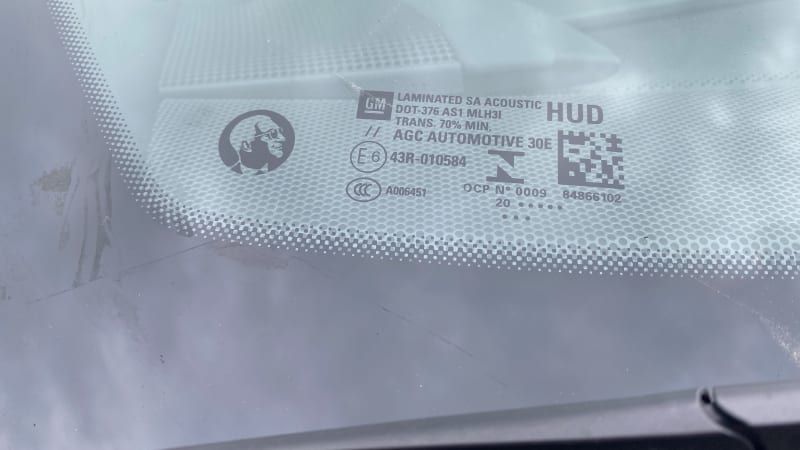 Halloween is around the corner, but Chevrolet is already looking forward to Easter. Dealers across America are reporting the Corvettes they’ve received in recent weeks feature a pair of cool Easter eggs on the windshield.

Images sent to Autoblog by Dave Salvatore from New Jersey-based dealer Kerbeck Corvette show a silhouette of a man’s head on the passenger side of the windshield. Look closely: it’s Zora Arkus-Duntov, the Belgian-born engineer who played a significant role in extracting every ounce of performance from the Corvette during the late 1950s. Without him, the model might have gone down history as a mere boulevard cruiser, and it likely wouldn’t have spawned such an impressive lineage. He was also a big proponent of moving the engine behind the driver.

Chevrolet didn’t create the silhouette specifically for the Corvette’s windshield. It was part of the identification system that gave the men and women developing the car access to secure areas, according to Corvette Blogger.

Look on the right side of the windshield, right next to the VIN, and you’ll spot the second egg: a not-so-subtle Team Corvette logo. It could be the design team’s way of taking its hat off to the engineering department, or a sign of support for the C8.R competing in the IMSA SportsCar Championship’s GT Le Mans category.

That’s where the list of Easter eggs ends — at least for now. Chevrolet will begin building the 2021 Corvette in November 2020, so it might choose to quietly hide other cool design-related features on the car or inside it.

Arkus-Duntov would certainly be proud to appear on the first mid-engined Corvette in the nameplate’s decades-long history. Chevrolet may have another tribute in the pipeline. It trademarked the name Zora in January 2019, and earlier rumors claim the nameplate will denote a gasoline-electric plug-in hybrid powertrain tuned to send at least 1,000 horsepower and 975 pound-feet of torque to the four wheels. It will reportedly stand proud as the first factory-built Corvette with a four-digit horsepower output when it arrives in time for the 2026 model year.

Mercedes-Benz will increase its stake in Aston Martin Lagonda in exchange for greater sharing of ...